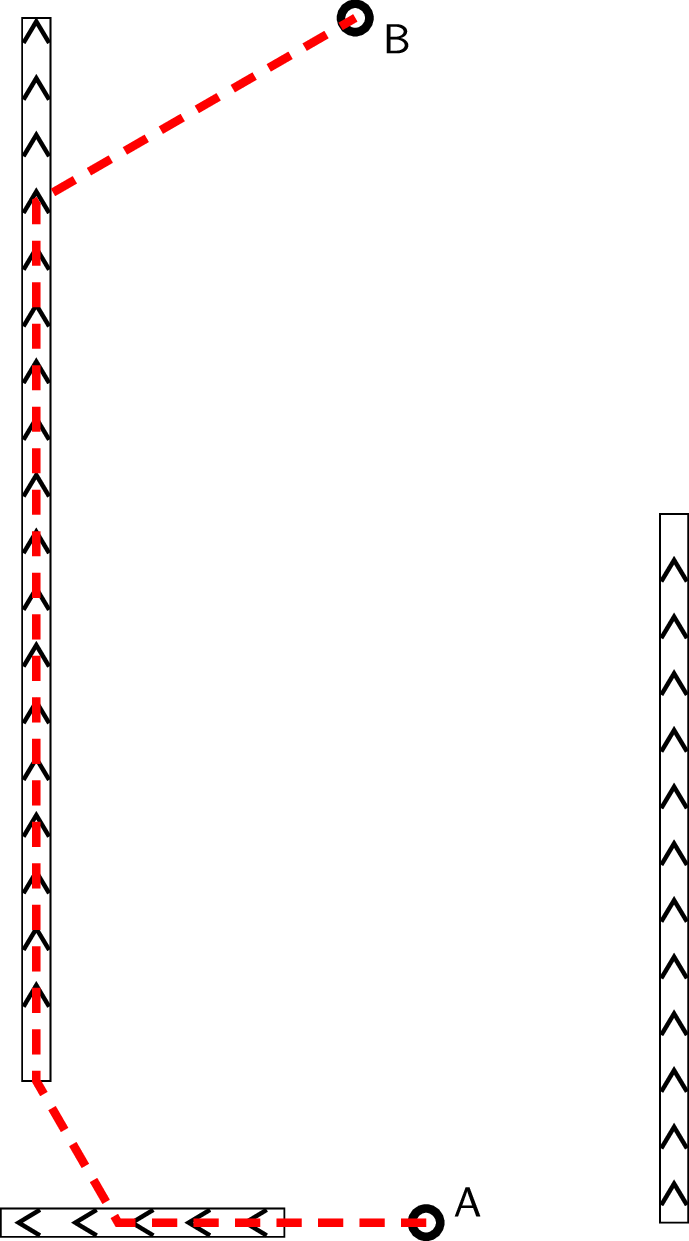 Many airports have moving conveyor belts in the corridors between halls and terminals. Instead of walking on the floor, passengers can choose to stand on a conveyor or, even better, walk on a conveyor to get to the end of the corridor much faster.

The brand new Delft City Airport uses a similar system. However, in line with the latest fashion in airport architecture, there are no corridors: the entire airport is one big hall with a bunch of conveyor lines laid out on the floor arbitrarily.

All coordinates are floating point numbers in the range ($0 \leq X, Y \leq 1000.0$), expressed in units of meters, given with at most $6$ decimals after the decimal point.

Conveyors are at least $1$ meter long. Conveyors do not intersect or touch. Your start and destination are not on any conveyor.

Write one line with a floating point number, the minimum time (in seconds) needed to get from $A$ to $B$ in seconds.