When you’ve finished solving all problems in this contest, there’s no need to get bored, be- cause we introduce a new and fun game called Black Out! Grab a piece of paper and draw a table of 5 by 6 squares. Next, choose your favorite teammate to play against. Each player in turn selects one or more squares that are adjacent and in the same row or column, and colors them all black. Some of these squares may be black already, but at least one of them must not be. The winner is the player to color the last square(s) black.

Once you got the hang of it, you might want to try and write your own AI player. You can then submit it and let it play a few games against our (= the jury’s) player!

After a lengthy analysis, we have managed to prove that the game is theoretically won by the player who starts, so we’ll gracefully let your player have the first move every time. If you manage to beat our player in every game, you’ll be awarded another point in this contest. But be careful: the jury’s player is not to be underestimated and will surely grab any chance it is offered! If you lose, you’ll get a Wrong Answer. Also note that we are not that patient, so make sure your player is quick to move. 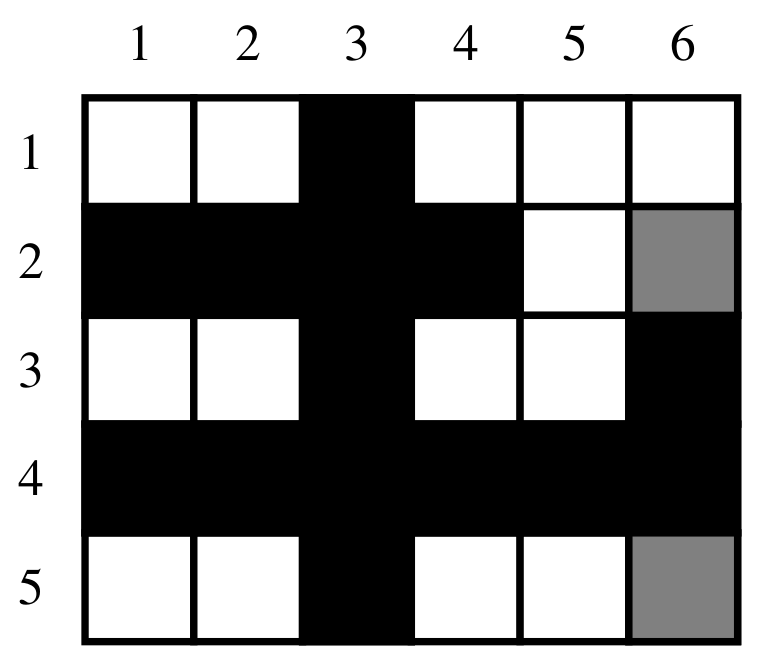 This is a problem with interactive input and output, read the following description very carefully.

The first line of the input contains one positive number: the number of games, at most 100. Then, for each game: