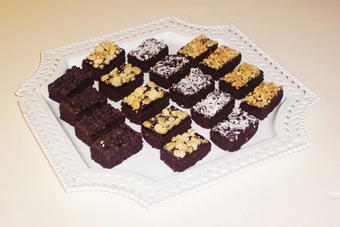 What is the largest score which Stan can assure for himself? And over the lines maximizing Stan’s smallest possible score, what are the possible maximum scores that Ollie can get?

The first line of input contains a positive odd integer $1 \le n < 200\, 000$ which is the number of brownie points. Each of the following $n$ lines contains two integers, the horizontal ($x$) and vertical ($y$) coordinates of a brownie point. No two brownie points occupy the same place. Coordinates are bounded in absolute value by $10^9$.

Print a line of output in the format shown below. The first number is the largest score which Stan can assure for himself. The remaining numbers are the possible (high) scores of Ollie, in increasing order.