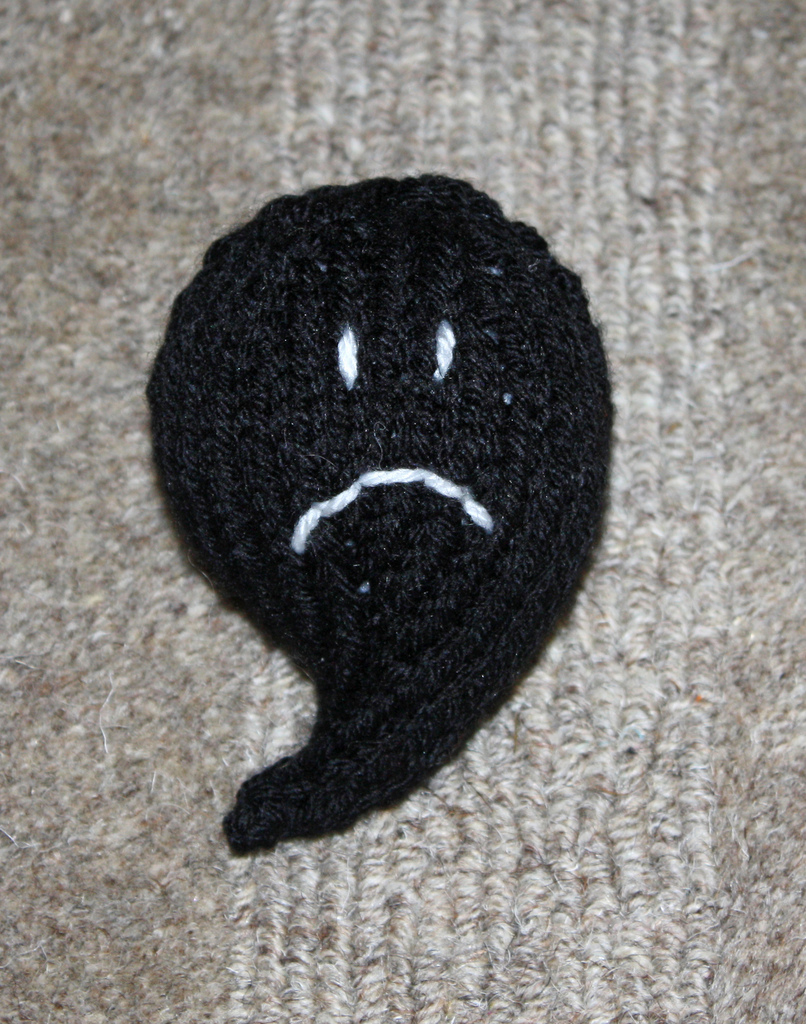 Photo by Tanya Hart. Yarn pattern by Morgen Dämmerung.
As practice will tell you, the English rules for comma placement are complex, frustrating, and often ambiguous. Many people, even the English, will, in practice, ignore them, and, apply custom rules, or, no rules, at all. Doctor Comma Sprinkler solved this issue by developing a set of rules that sprinkles commas in a sentence with no ambiguity and little simplicity. In this problem you will help Dr. Sprinkler by producing an algorithm to automatically apply her rules.

Dr. Sprinkler’s rules for adding commas to an existing piece of text are as follows:

As an example, consider the text

The input contains one line of text, containing at least $2$ characters and at most $1\, 000\, 000$ characters. Each character is either a lowercase letter, a comma, a period, or a space. We define a word to be a maximal sequence of letters within the text. The text adheres to the following constraints:

Display the result after applying Dr. Sprinkler’s algorithm to the original text.