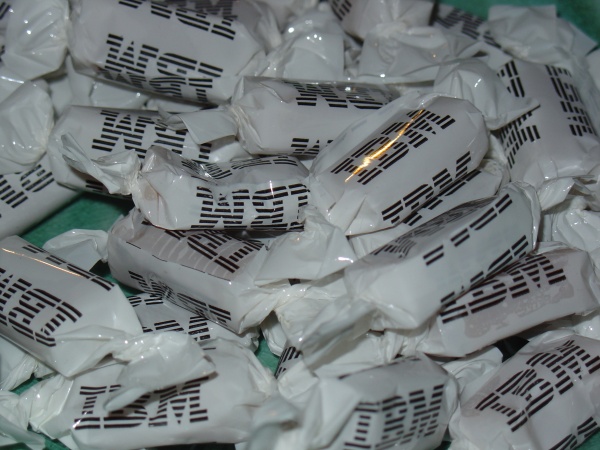 Photo by Per Austrin
The Association of Candy Makers is preparing to launch a new product. Its idea is old with a novel twist: it simply sells boxes of candies. But since people are what they consume and everyone wants to be unique these days, the ACM wants every candy box to be unique, in the sense that no two boxes should contain the same composition of candy types.

The ACM is only able to make a small number $n$ of different types of candy, but while limited in imagination, it is virtually limitless in resources, so it is able to produce as many as it wants of each type of candy. Furthermore, the candy types have different weights (though some may weigh the same), and in order to simplify pricing matters, the ACM wants all candy boxes to have the same total weight.

With these restrictions, the ACM will only be able to make a limited number of boxes. For instance, if there are three types of candy, weighing $5, 5$ and $10$ grams respectively, $4$ different boxes can be made with total weight $10$ grams (using either two of type 1, or two of type 2, or one of type 3, or one each of types 1 and 2). The ACM would like to be able to make at least one box for everyone in the cosmos. So, given queries in the form of the number of people $P$ in the cosmos, your job is to find the smallest possible total weight $w$ such that $P$ different boxes containing exactly $w$ grams of candies can be made.