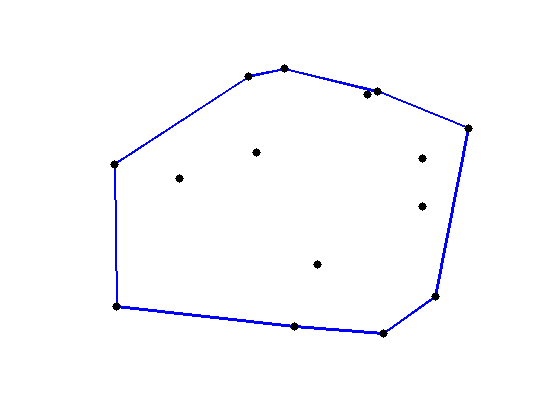 Finding the convex hull of a set of points in the plane can be divided into two sub-tasks. First, given a set of points, find a subset of those points that, when joined with line segments, form a convex polygon that encloses all of the original points. Second, output the points of the convex hull in order, walking counter-clockwise around the polygon. In this problem, the first sub-task has already been done for you, and your program should complete the second sub-task. That is, given the points that are known to lie on the convex hull, output them in order walking counter-clockwise around the hull.