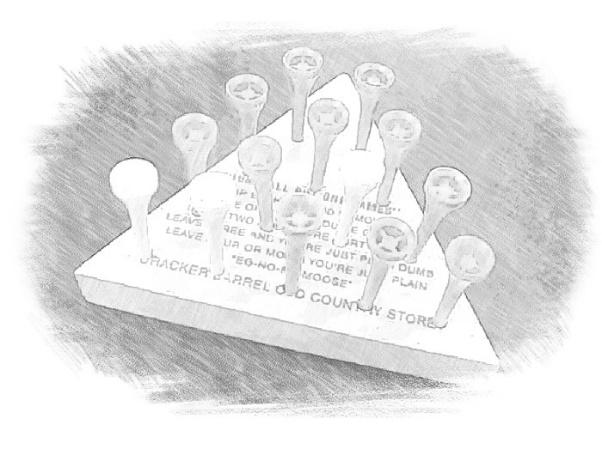 The North American Cracker Barrel country store chain offers its clientele a peg game to pass the time until their food arrives. The game is played on a $15$-peg board. The rules are simple: each move jumps one peg over another peg into a free hole. The peg that’s jumped over is removed. If only one peg remains, the player wins. Usually, the game is started with $14$ pegs (and one hole). Pegs may have different colors: blue, red, yellow, white, though the color of a peg usually does not matter.

In this problem, you are giving a start position of between $1$ and $14$ pegs of different colors, as well as a target color. You should output whether it is possible to remove all but one peg from the board using the usual rules and end up with a peg that is of the target color.

The input will be terminated by a line containing the characters **.

For each test case print Possible if there exists a sequence of valid moves such that all but one peg can be removed and you end up with a peg of the given target color. Otherwise, print Impossible.