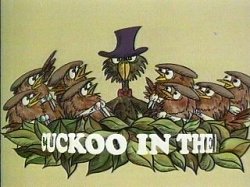 One of the most fundamental data structure problems is the dictionary problem: given a set ${D}$ of words you want to be able to quickly determine if any given query string $q$ is present in the dictionary ${D}$ or not. Hashing is a well-known solution for the problem. The idea is to create a function $h:\Sigma ^*\rightarrow [0..n-1]$ from all strings to the integer range $0,1,..,n-1$, i.e. you describe a fast deterministic program which takes a string as input and outputs an integer between $0$ and $n-1$. Next you allocate an empty hash table $T$ of size $n$ and for each word $w$ in ${D}$, you set $T[h(w)]=w$. Thus, given a query string $q$, you only need to calculate $h(q)$ and see if $T[h(q)]$ equals $q$, to determine if $q$ is in the dictionary. Seems simple enough, but aren’t we forgetting something? Of course, what if two words in ${D}$ map to the same location in the table? This phenomenon, called collision, happens fairly often (remember the Birthday paradox: in a class of 24 pupils there is more than $50$% chance that two of them share birthday). On average you will only be able to put roughly $\sqrt {n}$-sized dictionaries into the table without getting collisions, quite poor space usage!

On the first line of input is a single positive integer $1\leq t \leq 50$ specifying the number of test cases to follow. Each test case begins with two positive integers $1 \leq m \leq n \leq 10000$ on a line of itself, $m$ telling the number of words in the dictionary and $n$ the size of the hash table in the test case. Next follow $m$ lines of which the $i$:th describes the $i$:th word $d_ i$ in the dictionary ${D}$ by two non-negative integers $h_1(d_ i)$ and $h_2(d_ i)$ less than $n$ giving the two hash function values of the word $d_ i$. The two values may be identical.

For each test case there should be exactly one line of output either containing the string “successful hashing” if it is possible to insert all words in the given order into the table, or the string “rehash necessary” if it is impossible.