A BDD is a rooted binary tree such that all internal vertices $v$ have precisely two children. The edges connecting an internal vertex $v$ with its children are labelled with a $0$ or $1$ (exactly one of each). Each leaf vertex is also labelled with a $0$ or $1$. We note that a BDD may consist of a single vertex, which is considered to be both the root and a leaf vertex. 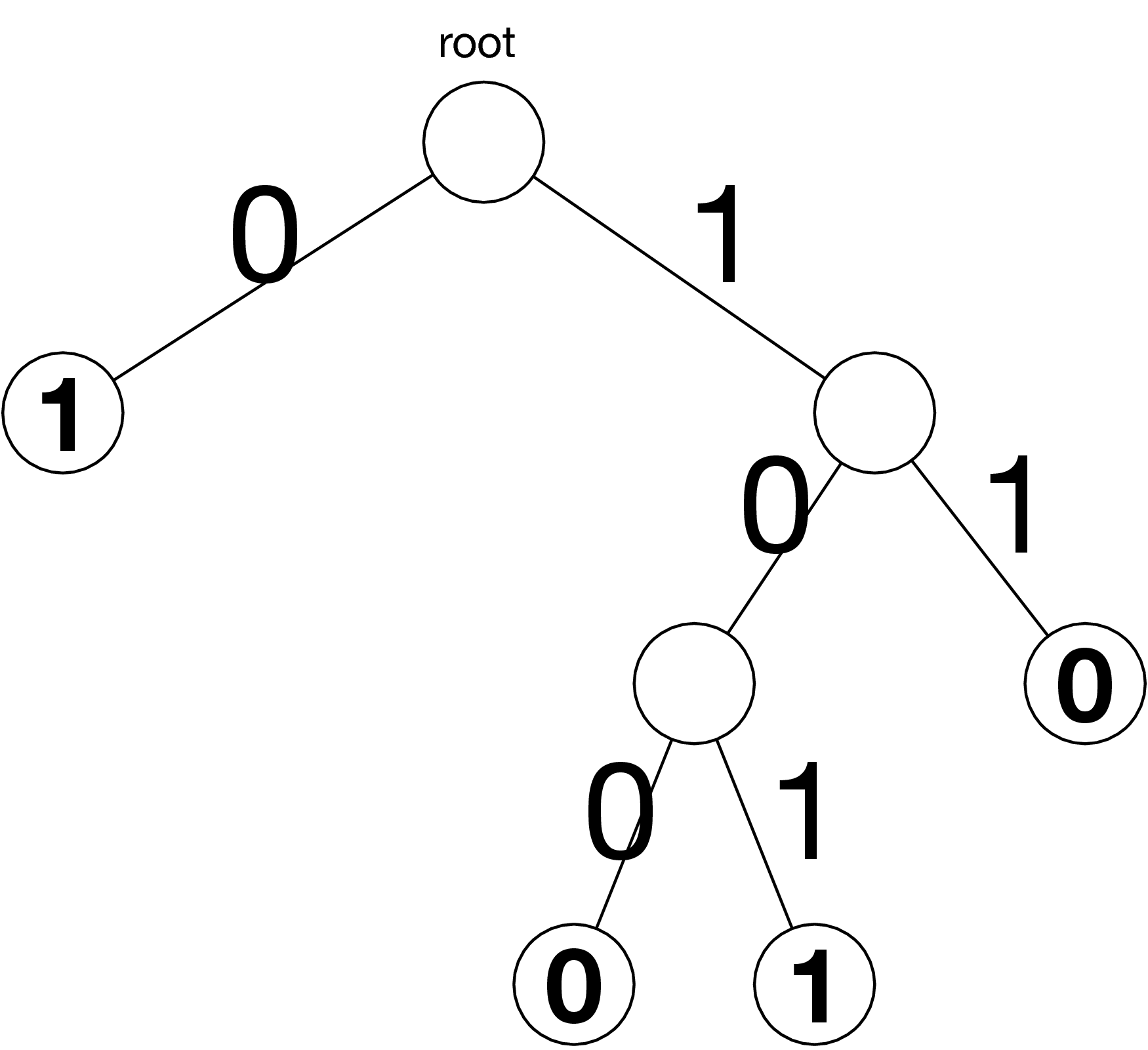 Given input $(x_0, \ldots , x_{n-1})$, the boolean function represented by the BDD is evaluated as follows.

In this problem, you are given an $n$-variable boolean function specified by a list of the $2^ n$ different values the function should take for various inputs. Compute the number of vertices in the minimal BDD representing this function.

The first line of input consists of a single integer $1 \leq n \leq 18$. Then one more line follows that contains $2^ n$ values (either $0$ or $1$) describing an $n$-variable boolean function.

The third sample input below corresponds to the BDD depicted above.

Output consists of a single integer $m$ that is the number of vertices in the unique minimal BDD representing the boolean function from the input.