A Feistel network, named after IBM researcher Horst Feistel (1915–1990), is an important structure often used in the design of symmetric-key ciphers known as block ciphers. A block cipher encrypts binary data in (relatively large) fixed-length chunks called blocks. For a block cipher based on the Feistel network structure, the block size must be even, i.e., equal to $2n$, where $n$ is a positive integer.

The properties of a Feistel network block cipher depend critically on the choice of the round function, $f$, for which there are many options, but we will make a simplifying assumption: the round function is just multiplication of its $n$-bit input with a fixed $n \times n$ binary matrix, $M$.1 Note that all values are restricted to $\{ 0,1\} $, so any intermediate integer produced during vector-matrix multiplication (or matrix-matrix multiplication) must be reduced $(\mathrm{mod}~ 2)$. For example, 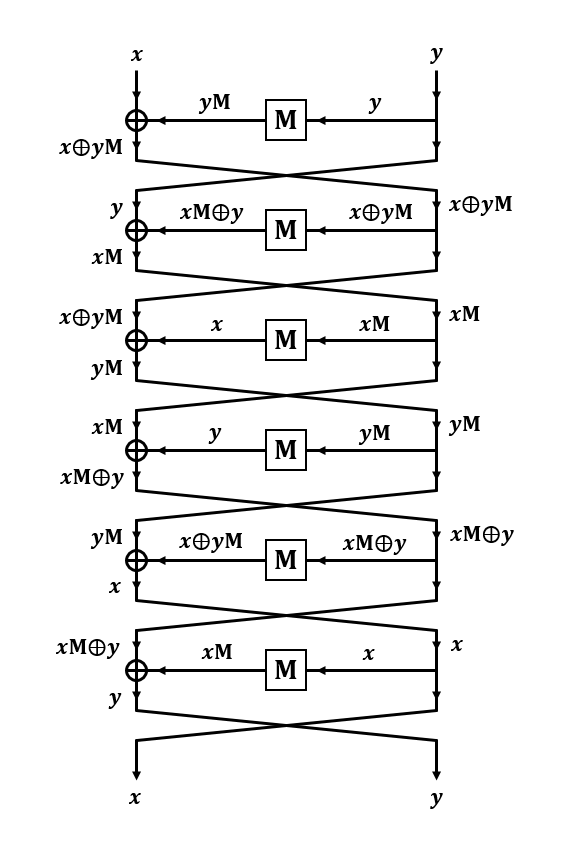 Figure 1: When $m=2$, the cipher becomes the identity mapping after $6$ rounds

The input consists of a single positive integer, $m$ $(m \leq 40)$, the order of the matrix $M$ used in the round function of the Feistel network block cipher described above.2

Output a single positive integer, the minimum number of rounds required for the cipher to become the identity mapping. For the values of $m$ under consideration, this is guaranteed to happen after a finite number of rounds.