To understand the extent of the garbage problem, Talulla has made a program to find out the total amount of garbage there is in a particular area of the city. This looked hard at first, but fortunately, New Glasgow is designed as a perfect grid, and the robots walk in rectangular paths in the city. The sections Talulla is asked to look at are rectangular as well.

Talulla has completed her version of the program, but wants to ensure she has implemented it correctly. She has therefore asked you to implement a version to compare it with. 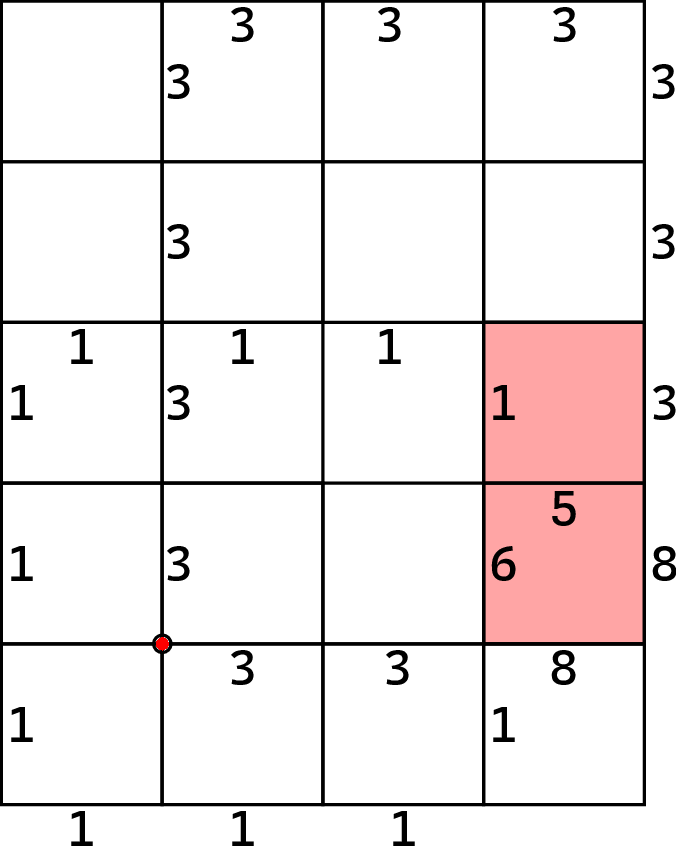 Figure 1: The city grid in Sample Input 1, after the robots have dumped their garbage. The origin is marked by a dot, and the highlighted rectangle represents the last query.

The first line consists of two integers $R$ and $Q$, the total number of robot movements and queries.

As the input may be very large, you should consider buffering it.

For each query, print out the amount of garbage in kg there is in the given rectangle, including the edges.