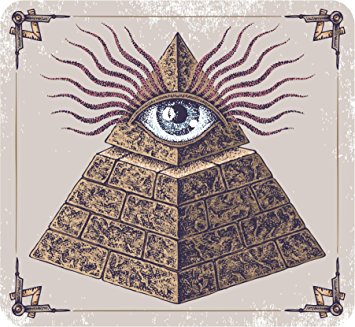 We programmers know and love Pascal’s triangle: an array of numbers with $1$ at the top and whose entries are the sum of the two numbers directly above (except numbers at both ends, which are always $1$). For programming this generation rule, the triangle is best represented left-aligned; then the numbers on the left column and on the top row equal $1$ and every other is the sum of the numbers immediately above and to its left. The numbers highlighted in bold correspond to the base of Pascal’s triangle of height $5$:

Pascal’s hyper-pyramids generalize the triangle to higher dimensions. In $3$ dimensions, the value at position $(x, y, z)$ is the sum of up to three other values:

All values at the bottom, back, and leftmost faces are $1$.

The following figure depicts Pascal’s 3D-pyramid of height $5$ as a series of plane cuts obtained by fixing the value of the $z$ coordinate.

The size of each layer grows quadratically with the height of the pyramid, but there are many repeated values due to symmetries: numbers at positions that are permutations of one another must be equal. For example, the numbers at positions $(0,1,2)$, $(1,2,0)$ and $(2,1,0)$ above are all equal to $3$.

Write a program that, given the number of dimensions $D$ of the hyper-space and the height $H$ of a hyper-pyramid, computes the set of numbers at the base.

A single line with two positive integers: the number of dimensions, $D$, and the height of the hyper-pyramid, $H$.

The set of numbers at the base of the hyper-pyramid, with no repetitions, one number per line, and in ascending order.