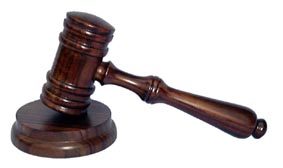 TDP Inc. has decided to sue JCN Inc. for copyright infringement. To this end, TDP wishes to find infringing segments within JCN’s code base, to show to selected media representatives. Since TDP has fired all its technical staff, it is looking to hire a consultant to be paid on a contingency basis should the lawsuit be successful. To demonstrate your qualifications for this position, you are to solve the problem on a number of test cases.

For each test case you should output:

You may assume that no code base contains more than $50\, 000$ characters.