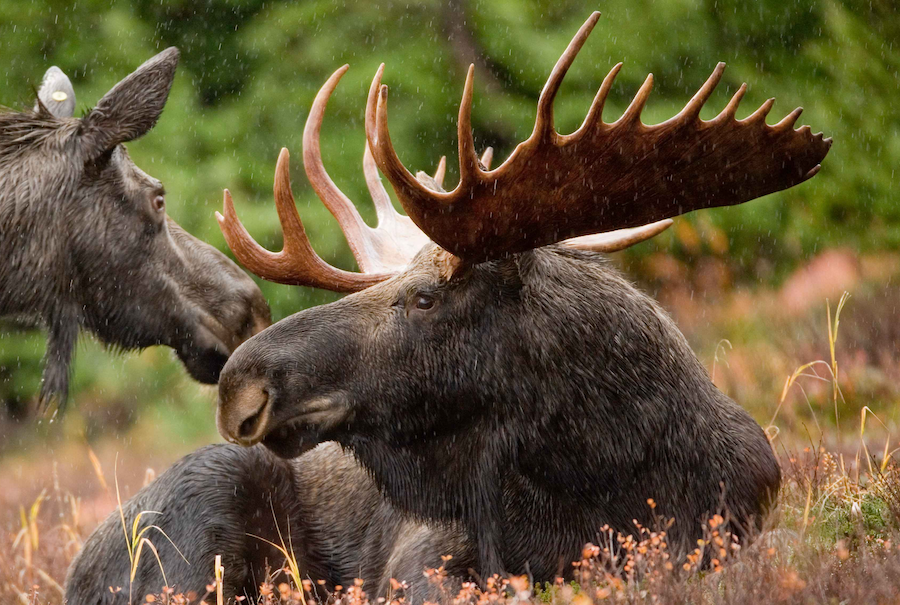 Picture by Ryan Hagerty/US Fish and Wildlife Service, public domain
When determining the age of a bull moose, the number of tines (sharp points), extending from the main antlers, can be used. An older bull moose tends to have more tines than a younger moose. However, just counting the number of tines can be misleading, as a moose can break off the tines, for example when fighting with other moose. Therefore, a point system is used when describing the antlers of a bull moose.

Can you figure out how many points a moose has, given the number of tines on the left and right side?