“King of Spades” is a two-player card game which is played with an unconventionally large deck composed of standard playing cards. The game is set up by splitting the deck into two arbitrary piles, and then the cards from each pile are laid face-up in a line. 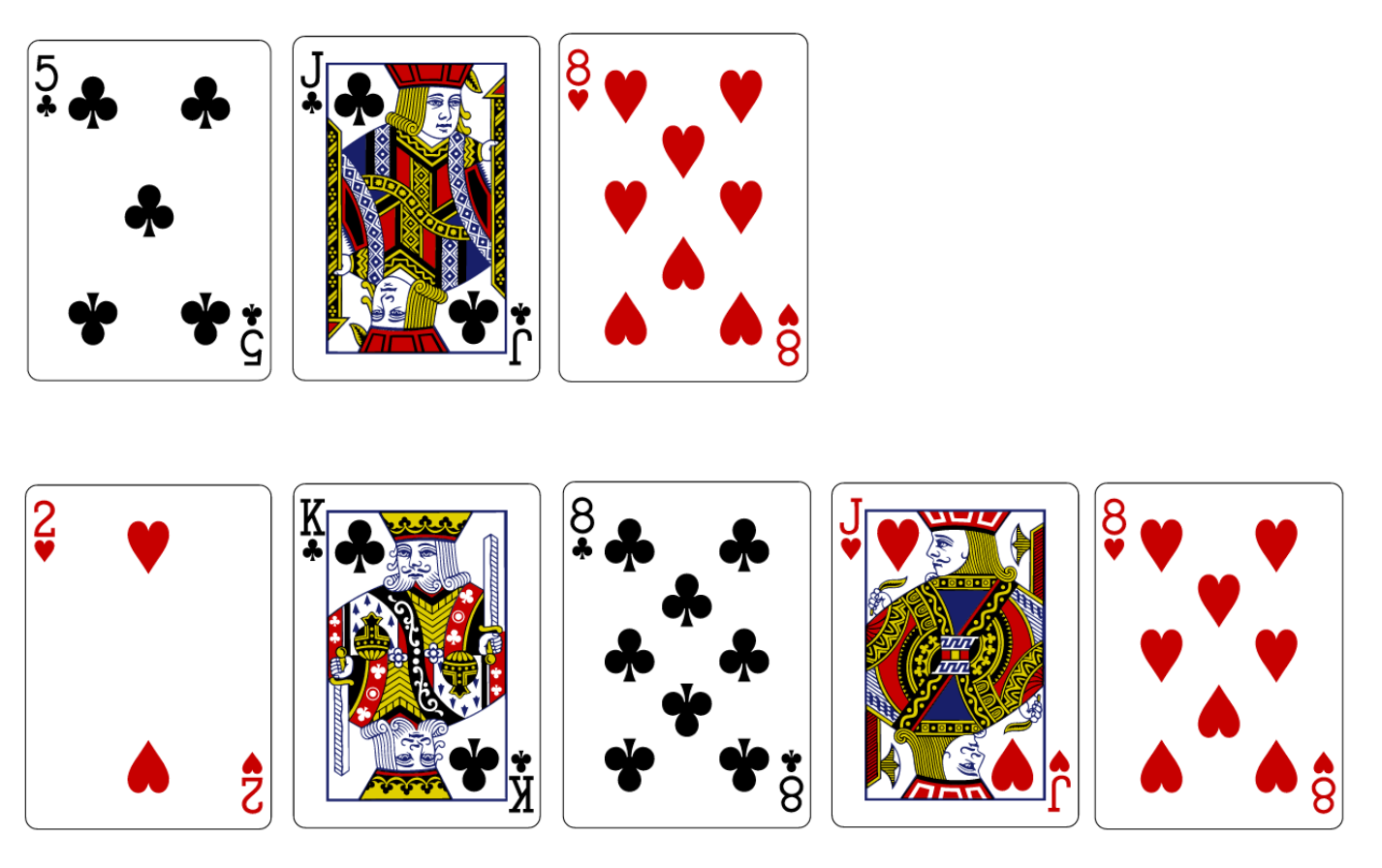 A player’s turn involves choosing a contiguous range of $1$ to $100$ cards from each line, and then removing the two ranges from the game. (If cards are removed from the middle of a line, the remaining two parts of the line are simply merged before the next player’s turn.) Points are scored based on the cards that are removed. The players alternate turns until at least one of the lines run out of cards, at which point the game ends. Whoever finishes with the most points is the winner.

On a given turn, if at least one King of Spades is chosen, then absolutely no points are earned. It must also be the case that the two chosen ranges are ‘similar’, or else no points are earned. Two ranges of cards are defined to be similar if and only if each suit and each rank is found in both ranges the same number of times. If the ranges are similar, then the number of points earned during that turn is equal to the sum of the values of all of the cards chosen. A numbered card is worth its stated value (e.g., $7$ is worth $7$ points), an Ace is worth $1$ point, and a face card (Jack, Queen, King) is worth $10$ points.

Due to the sheer number of possible card selections, it is not always easy for a player to find a high-scoring move, so you have been asked to help automate this process. Given an arrangement of cards in two lines, your task is to determine the maximum number of points that a player can earn on that turn.

The output should contain a single number, indicating the maximum score that can be achieved on that turn.