Luke likes to ride on public transit in different cities he visits, just for fun. He tries to find unique ways to travel in loops: leaving from one transit station, traveling along the transit connections to at least one other station, and returning to the station where he started. He is finding lots of loops, and he wants to know just how many there are in different transit systems. There may be so many he won’t ever have time to try them all, but he’ll find some satisfaction in knowing they are there.

Help Luke by writing a program to count how many unique simple loops there are in each transit system. The following figures illustrate the transit stations (numbered ovals) and one-way connections (arrows) of the sample input. 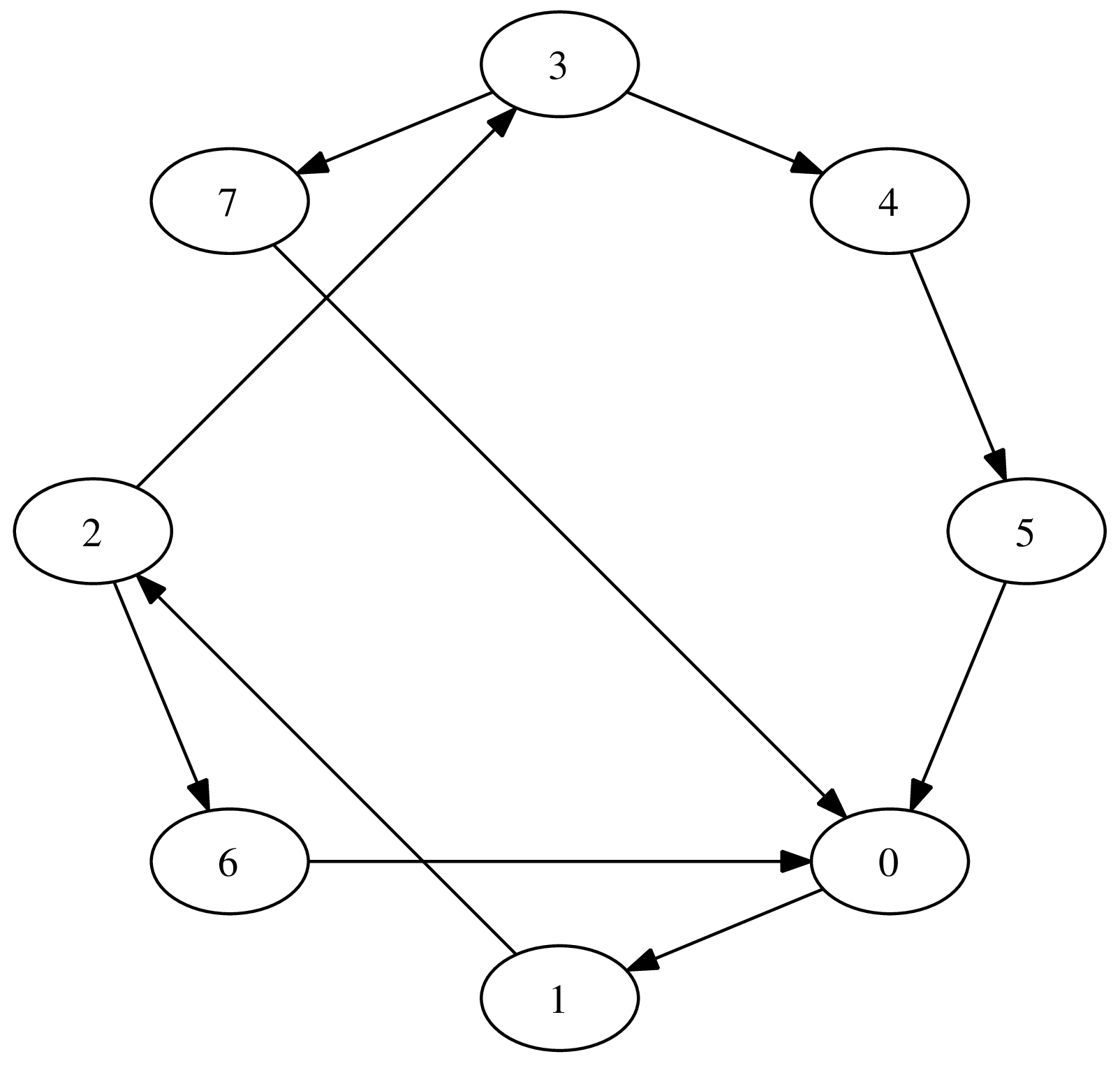 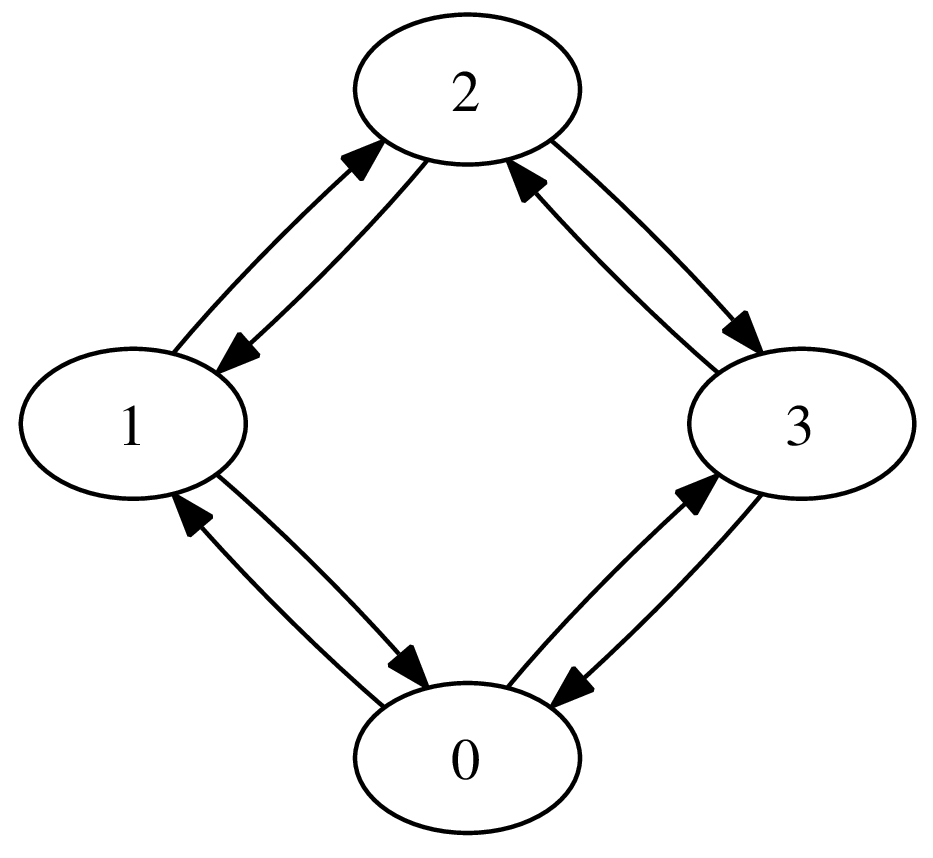 Print the number of unique simple loops in the transit system.