Association of Cats and Magical Lights

Rar the Cat$^($™$^)$ is the founder of ACM (Association of Cats and Magical Lights). This is the story of the founding of ACM.

Being a programmer himself, Rar the Cat$^($™$^)$ LED lights are arranged in a tree formation on the Christmas tree. That being said, each LED light can be represented as a node and the wires between $2$ LED lights can be represented as an edge. The whole formation consists of $N$ nodes fully connected by $N-1$ edges. The nodes are labelled from $1$ to $N$ and each node can hold colour denoted as $1$ to $100$. It is noted that each LED is connected to every other LED directly or indirectly by wires and the tree formed is rooted at node $1$.

Hubert the Cow finds that Rar the Cat$^($™$^)$ Christmas tree is too boring because it lacks some magical colours. A magical colour in a subtree is defined as a colour whereby there is an odd number of LEDs with that particular colour within the subtree only. 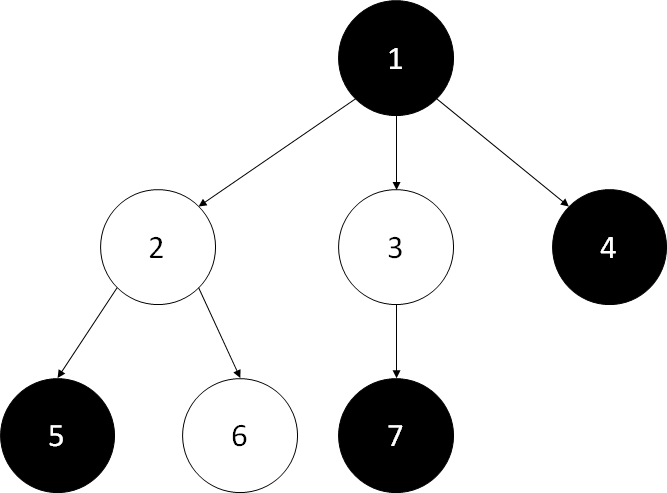 In order to improve on his Christmas tree decorations, Rar the Cat$^($™$^)$ intends to modify the colours of the LED lights on the tree. However, he does not know how to count how many magical colours there are.

For each query when $K = 0$, output in one line: the number of magical colours in the subtree of $X$ (inclusive).