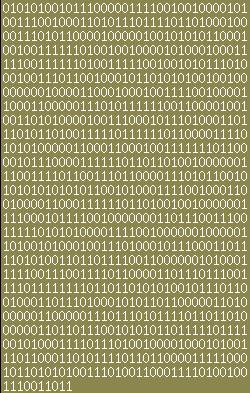 A bitstring, whose length is one less than a prime, might be magic. 1001 is one such string. In order to see the magic in the string let us append a non-bit x to it, regard the new thingy as a cyclic string, and make this square matrix of bits

Each line of input (except last) contains a prime number $p \leq 100000$. The last line contains 0 and this line should not be processed. For each prime number from the input produce one line of output containing the lexicographically smallest, non-constant magic bitstring of length $p-1$, if such a string exists, otherwise output Impossible.