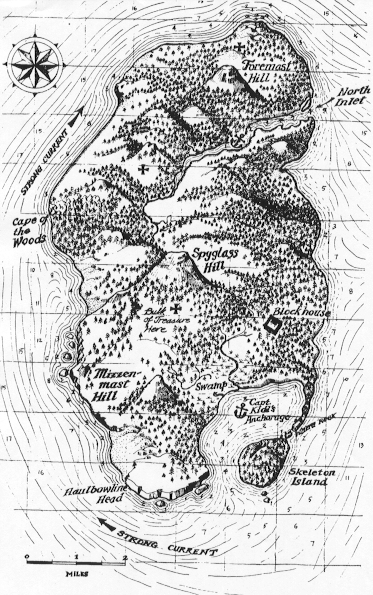 Each instruction in the sequence should have the form

where direction is one of $\{ $ north, south, east, west, northeast, northwest, southeast, southwest $\} $ and distance is a non-negative real number indicating the number of paces to be travelled in the given direction. When executed as a sequence the instructions should lead from the landing place to the spot marked X without leaving the island. The total distance (that is, the sum of the distances in your sequence) should be minimized. From the possible sequences that minimize total distance, choose one with the minimum number of instructions.

For each test case, output the sequence, one instruction per line. Distances should be accurate to ten places after the decimal, as shown. Output an empty line between test cases. If there are many sequences achieving minimum distance and minimum number of instructions, you may output any one.