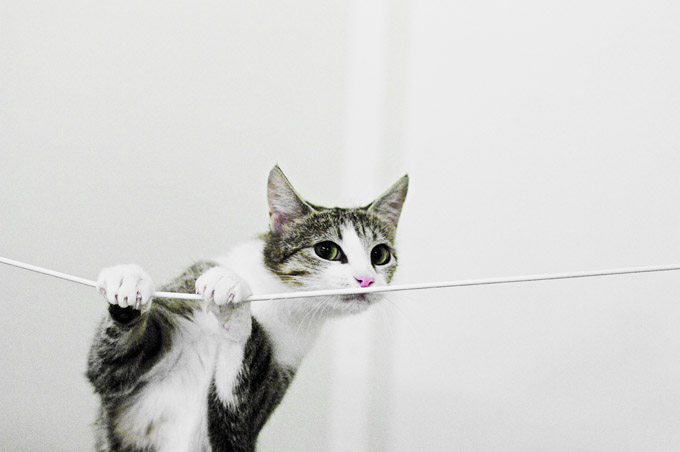 Picture by Stefan Tell on Flickr, cc by
Strings of yarn have been popular in Catland for ages. Which cat has not spent many a lazy afternoon bouncing around a ball of yarn? Lately however, strings of yarn have gotten competition: strings of characters. It turns out that these are almost as much fun as yarn, and generally much safer as well (so far, no cat has had to call 911 on account of any character string-related entanglement accidents).

Naturally, some strings are more stylish than others, and for cool cats it is important to engage in their string-playing pastime with style. The meow factor of a string $S$ is the minimum number of operations needed to transform $S$ into a string $S’$ which contains the word “meow” as a substring, where an operation is one of the following four:

Write a program to compute the meow factor of a string of characters.

Output the meow factor of $S$.