The Institute of Ubiquitousness in Lichtenstein, LIU, conducts a project where the effect of a special type of fungi, sphera carnelevarium, are studied. This fungus is very special, since it grows in a circular fashion from its centre, without interference from other objects or other individuals.

Of course, the task of examining grids is tedious and now unnecessary, since Prof. Müggel discovered that the grow rate is exactly $2.718281828$ m/day. Now, counting the number of affected squares should be like a stroll in the park, right? Since there are a lot of old data which will be compared to the new data, the rules of counting the squares must be the same. 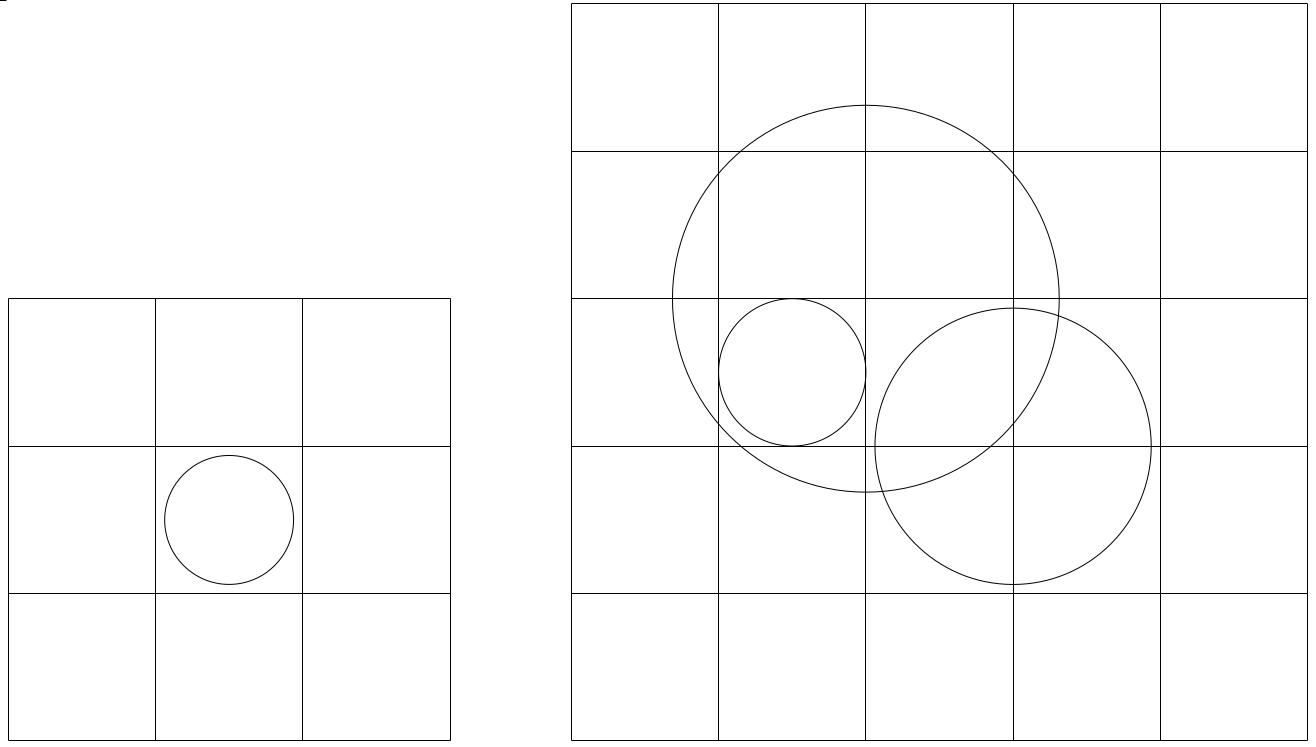 All real values are given with at most $10$ digits after the decimal point.

For every test case, output one line containing the number of affected squares (a number between $0$ and $s^2$).

You may assume that the input is such that increasing the radius of any mushroom by $10^{-6}$ meters would not change the answer.