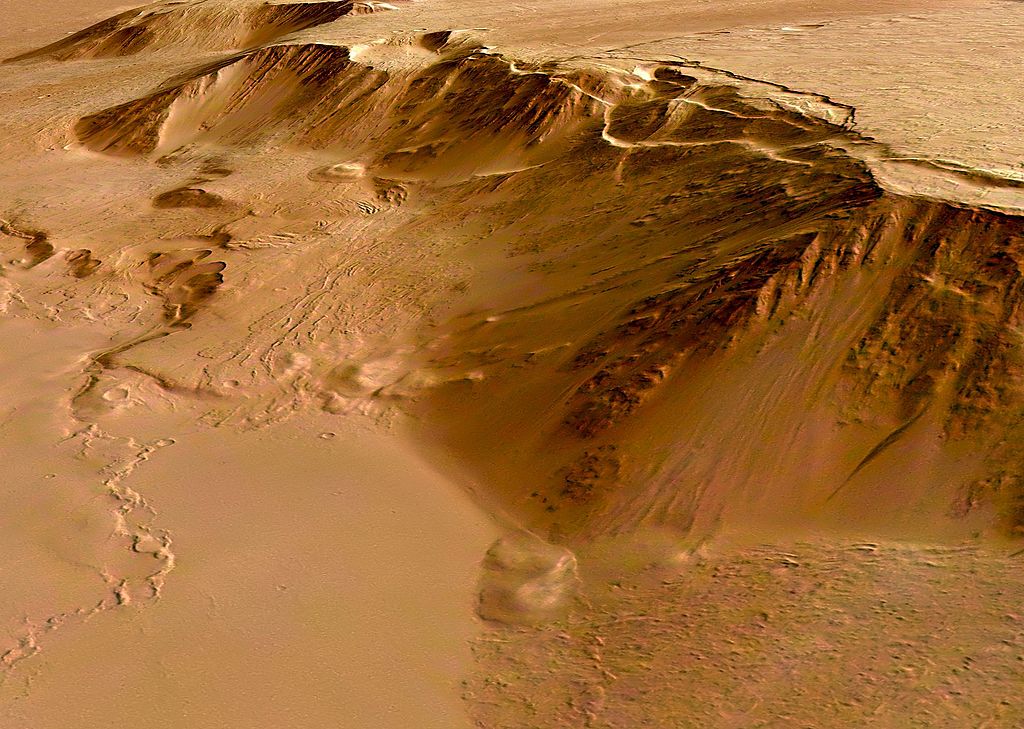 Your Swedish friend Måns loves to take pictures of himself with mountaintops (or at least hilltops) in the background. Måns owns a tripod on which he can mount the camera at a height of up to $4$ feet. He wants to include the highest mountaintop in the picture. How far away from the start of the mountain does he have to stand?

Initially, Måns is standing at the first point, i.e., at height $h_1$, and must move away from the mountain until it is possible to take a picture in which the mountaintop is visible. The surroundings of the mountain are flat, so that the tripod will be placed at height $h_1$. Do not take the curvature of the planet into account.

The tripod can have any length between (and including) $0$ and $4$ feet.

Print a single integer: the smallest number $l\geq 0$, such that the mountaintop is visible if Måns places his tripod $l$ feet further away from the top, relative to $h_1$.

There are three test groups, depending on whether Måns’ spends his holiday in Denmark, the Himalayas, or on Mars.

Explanation of samples 1 and 2

The sample inputs can be drawn as 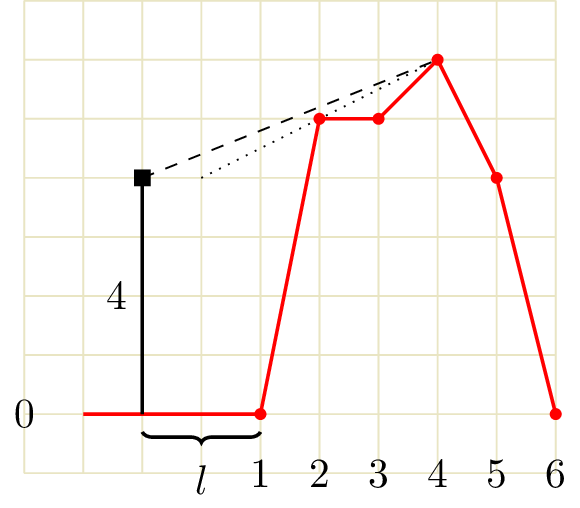 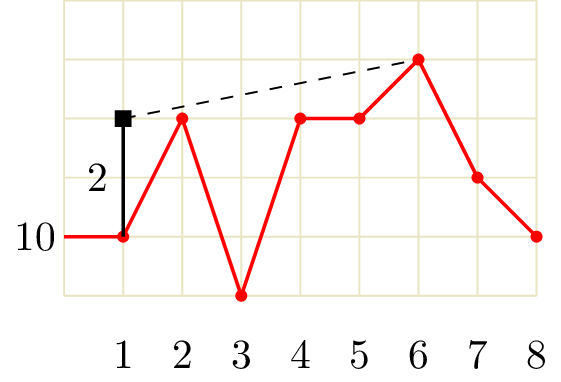 In Sample 1, Måns just barely can include the mountaintop by putting the tripod $2$ feet away from $h_1$. If he were to move $1$ foot closer, the point $h_2=5$ would be in the way, spoiling the view.

In Sample 2, he can remain where he is.