I am the chief of the Personnel Division of a moderate-sized company that wishes to remain anonymous, and I am currently facing a small problem for which I need a skilled programmer’s help. 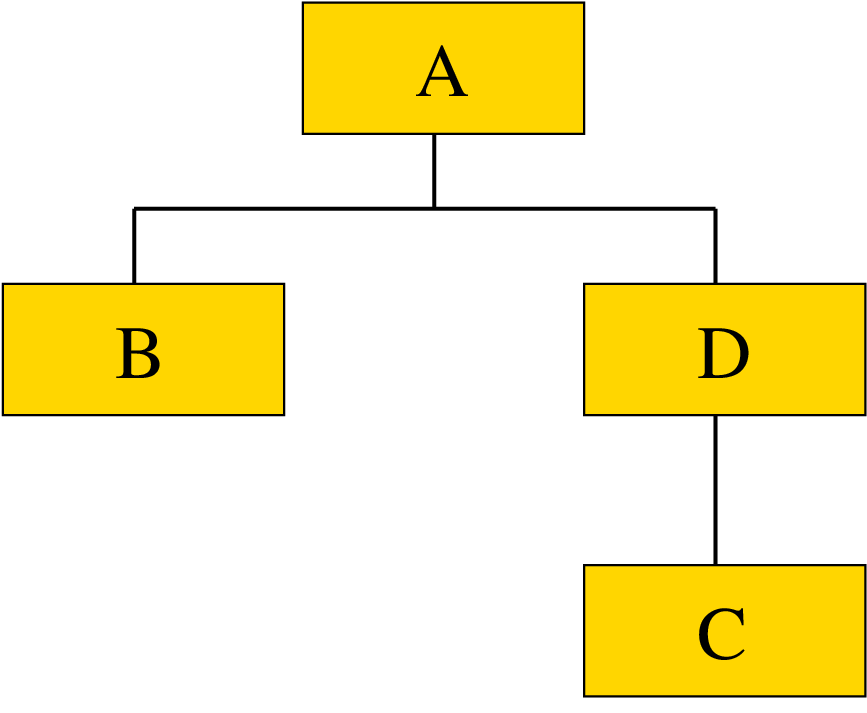 One of the divisions is Central Management (division A in the figure above), and should of course be at the top of the hierarchy, but the relative importance of the remaining divisions is not determined, so in Figure 1 above, division C and D could equally well have switched places so that C was in charge over division D. One complication, however, is that it may be impossible to get some divisions to cooperate with each other, and in such a case, neither of these divisions can be directly in charge of the other. For instance, if in the example above A and D are unable to cooperate, Figure 1 is not a valid way to organise the company.

In general, there can of course be many different ways to organise the organisation, and thus it is desirable to find the best one (for instance, it is not a good idea to let the programming people be in charge of the marketing people). This job, however, is way too complicated for you, and your job is simply to help us find out how much to pay the consultant that we hire to find the best organisation for us. In order to determine the consultant’s pay, we need to find out exactly how difficult the task is, which is why you have to count exactly how many different ways there are to organise the organisation.

Oh, and I need the answer in five hours.

Figure 2: The three possible hierarchies in the first sample case

For each test case, print the number of possible ways to organise the company on a line by itself. This number will be at least $1$ and at most $10^{15}$.