After a recent disaster at the Easter party karaoke, you are working on improving your singing. To gauge how well you are doing, you would like to measure how much the pitch and timing of your singing differs from the target melody you were trying to perform.

Your voice, on the other hand, is of a more wavering nature, and you may generally not be able to hold an exact constant pitch for any period of time, sometimes breaking off into an unwelcome falsetto and sometimes croaking on those low tones. The pitch of your voice can be modeled in a highly simplistic way as a piecewise-quadratic function $g$. In other words from time $0$ up to $x_1$ (not necessarily the same $x_1$ as for the function $f$), your pitch $g(x)$ agrees with some quadratic polynomial, and then from time $x_1$ to $x_2$ with some other quadratic polynomial, and so on. 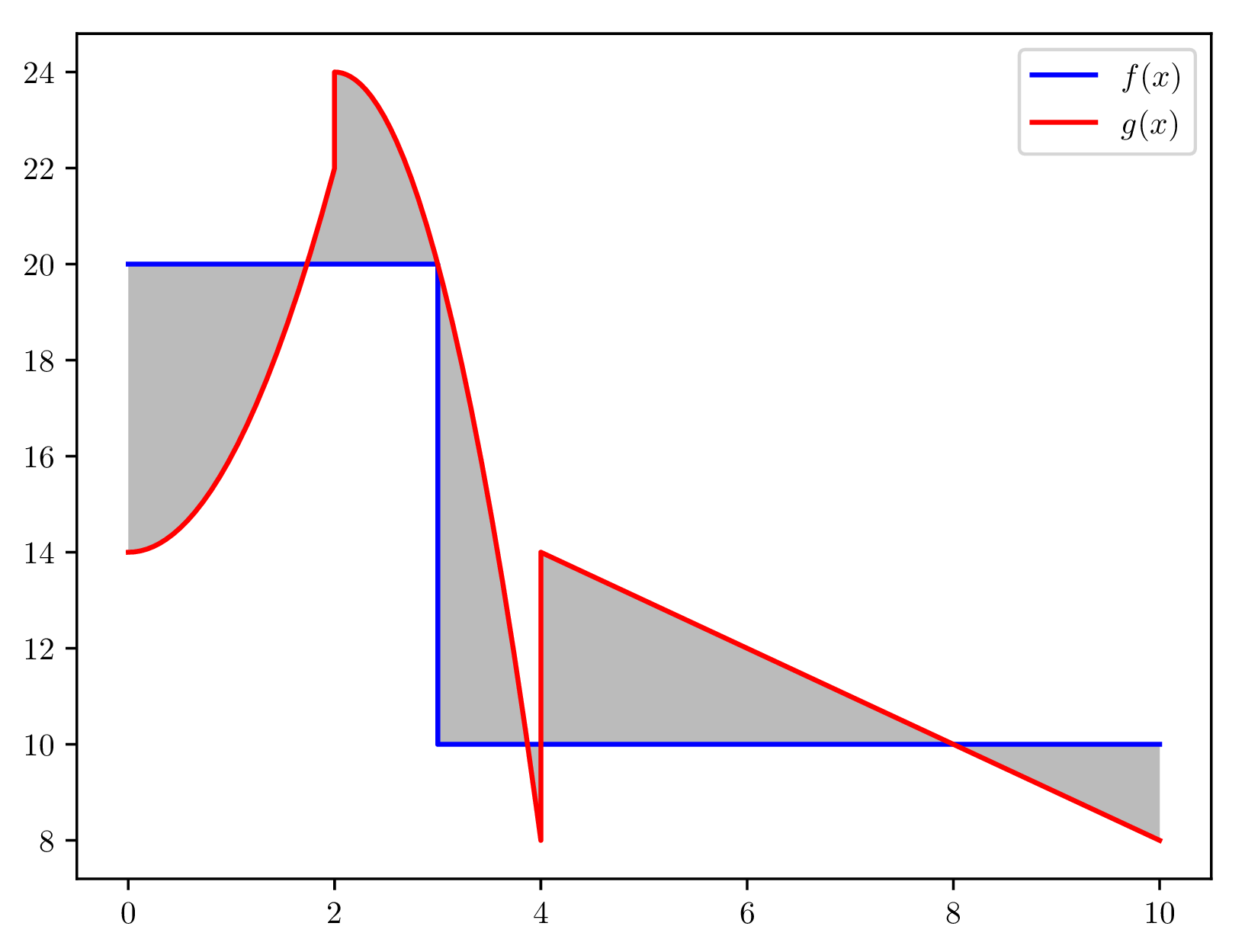 Figure 1: Illustration of Sample Input 1. The difference between $f$ and $g$ is the area of the shaded region in the figure.

Output the difference between $f$ and $g$. Your output should be correct to within an absolute or relative error of at most $10^{-6}$.