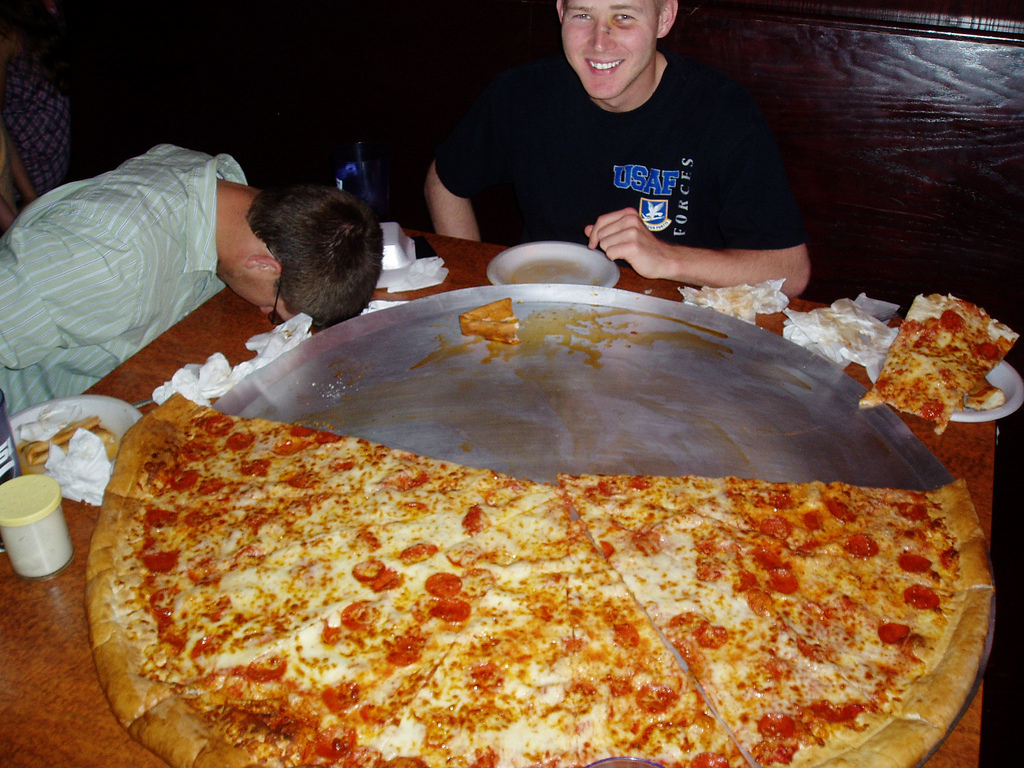 Me and my friends are ordering a big pizza to share. As you can imagine this is quite complicated, since everyone has different wishes about what should be on the pizza. For instance Gunnar wants bananas on the pizza, Emma doesn’t want bananas but wants olives, Marc wants there to be tomatoes, and so on. Fortunately, against all odds, we managed to come up with a selection of toppings such that everyone had at least $2/3$’s of their wishes fulfilled, which we unanimously decided was good enough.

But then, disaster struck! We sent out Lukáš to buy the pizza, but he accidentally lost the piece of paper on which we had written down our carefully selected list of toppings. Now we’re back at square one, and have to construct a new selection of toppings. Given how long it took us to find the original selection of toppings, we have decided to lower our standards a bit and just try to find a selection such that everyone has strictly more than $1/3$ of their wishes fulfilled.

Can you help us with this? If you do, you’ll get some pizza!

The first line of input contains an integer $1 \le N \le 10\, 000$, the number of friends in the group (including yourself). Each of the next $n$ lines contains the list of wishes of one of the friends. This list starts with an integer $1 \le w \le 30$, the number of wishes this friend has, followed by a space-separated list of wishes. Each wish is either “+<topping>” or “-<topping>” where <topping> is the name of a topping, indicating that this friend wants or does not want this topping. Each topping name appears at most once in each list.

Topping names are non-empty strings of up to $15$ lower-case English letters ‘a’-‘z’. There are at most $250$ different toppings.