How Big Are the Pockets?

Professor Polygonovich, an honest citizen of Flatland, likes to take random walks along integer points in the plane. He starts from the origin in the morning, facing north. There are three types of actions he makes:

At the end of the day (yes, it is a long walk!), he returns to the origin. He never visits the same point twice except for the origin, so his path encloses a polygon. 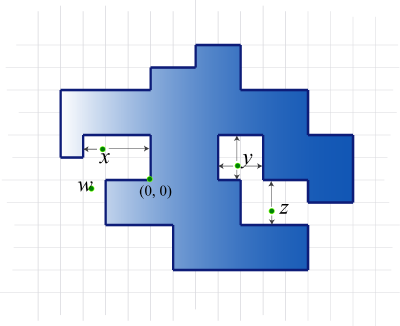 Figure 1: The interior of the polygon is colored blue (ignore the points $x, y, z,$ and $w$ for now; they will be explained soon).

Notice that as long as Professor Polygonovich makes more than 4 turns, the polygon is not convex. So there are pockets in it.

Warning! To make your task more difficult, our definition of pockets might be different from what you may have heard before. 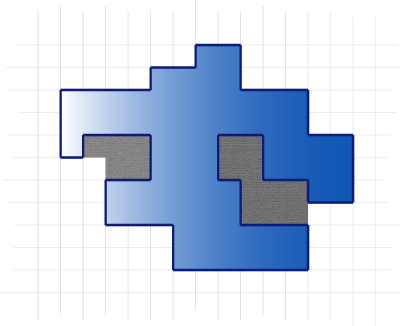 Figure 2: The gray area indicates pockets of the polygon.

Formally, a point $p$ is said to be in a pocket if it is not inside the polygon, and at least one of the following two conditions holds.

Boundary points are the points traversed by Mr. Poligonovich on his walk (these include all points, not just those with integer coordinates).

Consider again Figure 1. Point $x$ satisfies the first condition; $y$ satisfies both; $z$ satisfies the second one. All three points are in pockets. The point $w$ is not in a pocket.

Given Polygonovich’s walk, your job is to find the total area of the pockets.

Each test case has the description of one walk of Professor Polygonovich. It starts with an integer $L$. Following are $L$ "$S$ $T$" pairs, where $S$ is a string consisting of ’L’, ’R’, and ’F’ characters, and $T$ is an integer indicating how many times $S$ is repeated.

In other words, the input for one test case looks like this:

The "$S$ $T$" pairs for a single test case may not all be on the same line, but the strings $S$ will not be split across multiple lines. The second example below demonstrates this.

You may assume that $1\leq N\leq 100$ and $1\leq T$. The path, when concatenated from the input strings, will not have two consecutive direction changes (that is, there will be no ’LL’, ’RR’, ’LR’, nor ’RL’ in the concatenated path). There will be at least one ’F’ in the path. The path described will not intersect itself, except at the end, and it will end back at the origin.