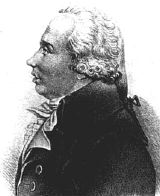 The great German mathematician C. F. Gauss studied the criteria for the equation

to have an integer solution $x$ for a prime $p$. For some tuples $a$ and $p$ there are several solutions, whereas others have none. For instance, $x^2\equiv 2 \pmod{7}$ has the solutions $3+7k$ and $4+7k$ for all integers $k$, but there are no solutions to $x^2\equiv 3 \pmod{7}$. The terminology “$a$ is a quadratic residue modulo $p$” is used to describe the case when there are solutions to the tuple $a$ and $p$. Identities for quadratic residues are often elegantly put in terms of the Legendre symbol

For positive integers $a,b$ and prime $p$, the following simple identity is known to hold

Far more obscure is the identity proved by Gauss in 1801, expressed as a conjecture by Euler in 1783, and succeeding two erroneous proofs by Legendre (even mathematicians make mistakes at times), called the law of quadratic reciprocity. It says, that for distinct odd primes $p$ and $q$,

Expressions like the one above support the old mathematical pun “the only odd prime is two”, since it is not generally true when one of the primes is two. It turns out though, that there is another simple relationship accounting for the case $a=2$. Let $p$ be an odd prime (No, not two!), then

Armed with these identities, you shouldn’t have any trouble answering whether a given quadratic equation has a solution or not, should you?