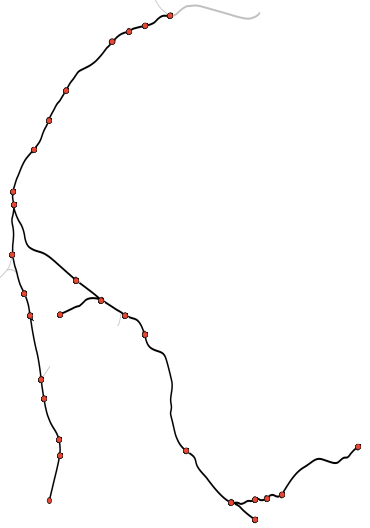 The Transit Authority of Greater Podunk is planning its holiday decorations. They want to create an illuminated display of their light rail map in which each stretch of track between stations can be illuminated in one of several colors.

For maximum color and cheer, the display designers want to avoid having two adjacent segments of track lighting up in the same color. They fear, however, that they may have lost track of this guideline in the process of building the display. One of them has gone so far as to propose a means of measuring just how far from that ideal they may have fallen.

You are given a tree with $n$ nodes (stations), conveniently numbered from $1$ to $n$. Each edge in this tree has one of $n$ colors. A path in this tree is called a rainbow if all adjacent edges in the path have different colors. Also, a node is called good if every simple path with that node as one of its endpoints is a rainbow path. (A simple path is a path that does not repeat any vertex or edge.)

Find all the good nodes in the given tree.

It is guaranteed that the given edges form a tree.

On the first line of the output, print $k$, the number of good nodes.

In the next $k$ lines, print the indices of all good nodes in numerical order, one per line.