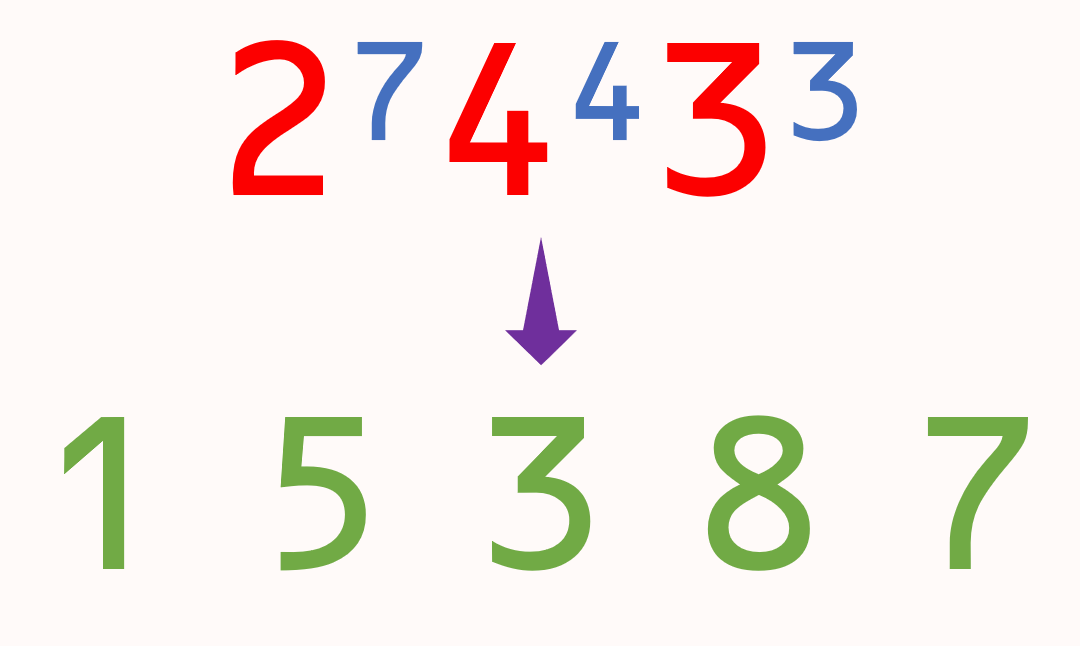 In a random digital exponentiation (RDE) cipher, each digit of a number $a$ is raised to a certain power which is determined by a randomly chosen encryption key. The encrypted number is the number that results when each digit is replaced with its power at the corresponding place value.

Given a plaintext value $a$ and an encrypted value $b$, find the encryption key that was used!

Print the encryption key, which is the list of exponents to which each digit in $a$ was raised, separated by spaces, starting from the leftmost digit’s exponent. Each exponent should be a natural number. You are guaranteed that the encryption key exists and is unique.