In the game of Rhombinoes, you have a board made up entirely of equilateral trianges (see the image), some of which are “live” and some are “dead”. Your goal is to place down as many rhombinoes (“rhombus”-shaped pieces) as possible on the board. Each rhombino should exactly cover two “adjacent” live triangles that have a common side, and no two rhombinoes can use the same triangle.

Given the description of the live and dead triangles of a Rhombino board, what is the maximum number of rhombinoes you can simultaneously place down on the board? 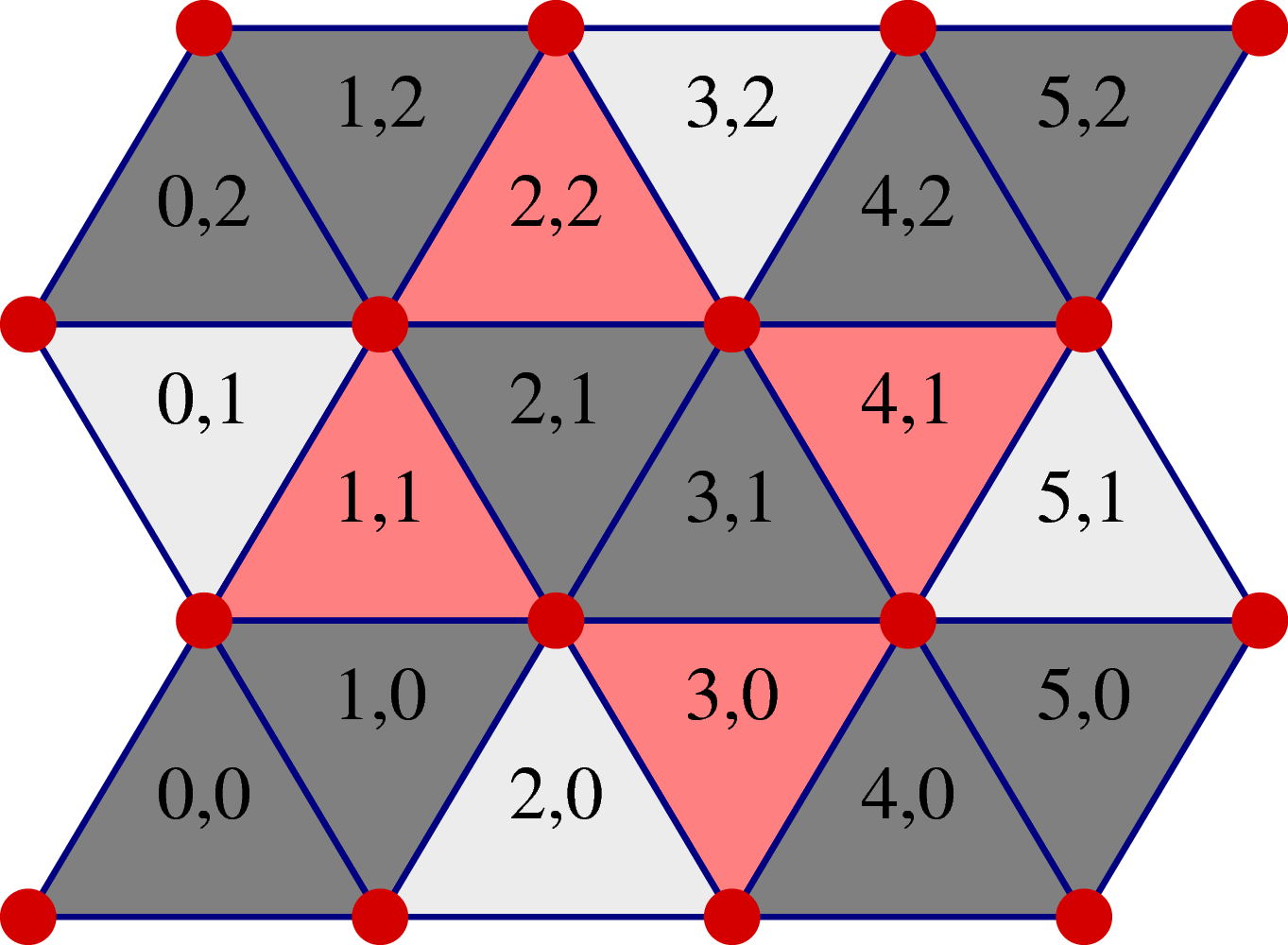 Exactly $K$ lines will follow. Each such line will contain a pair of space-separated integers $x$ and $y$ ($0 \leq x < W$, $0 \leq y < H$), indicating that the triangle with coordinates $(x,y)$ is a dead triangle. All other triangles are live.

Output a line containing a single integer, the maximum number of rhombinoes you can simultaneously place down on the board.