Consider a polynomial $f(x)$ like the one plotted below. For sufficiently small (large negative magnitude) values of $x$, the function $f(x)$ has a negative value. As $x$ gets larger (more positive), $f(x)$ become positive, then negative again, then positive again. We could describe the left-to-right behavior of this curve with the string “-+-+”. 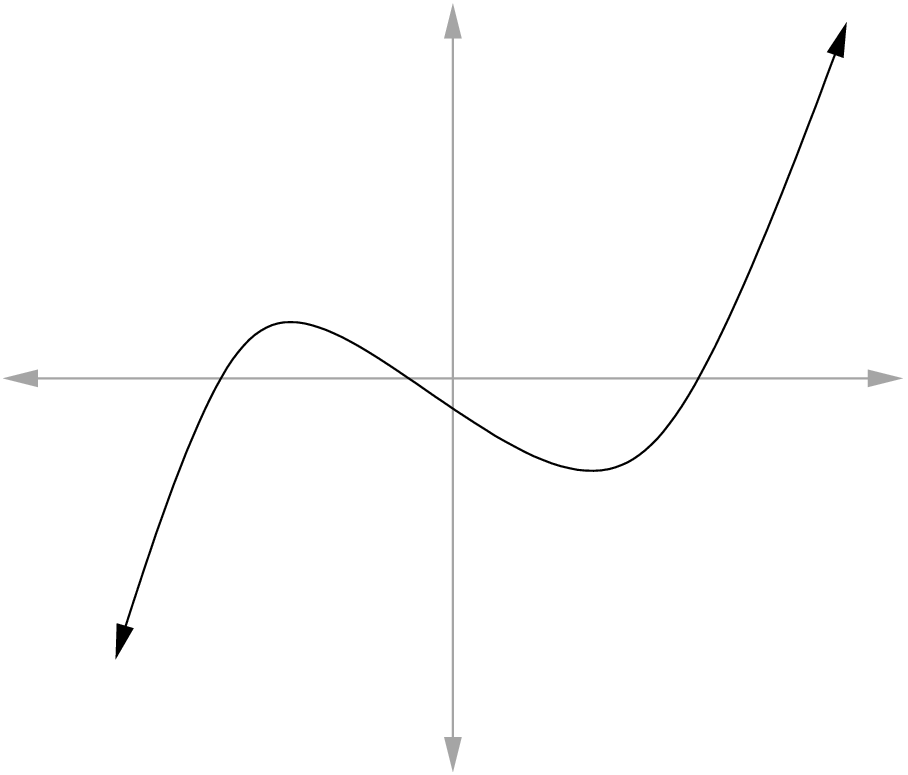 For each test case, print out a line giving the sign profile of $f(x)$.