Mirko has just installed a brand new drawing program. The program supports $K$ different colours, denoted by integers from 1 to $K$. All drawing is performed on a canvas with dimensions $N\times N$. In the beginning, all cells are white (denoted by 1). 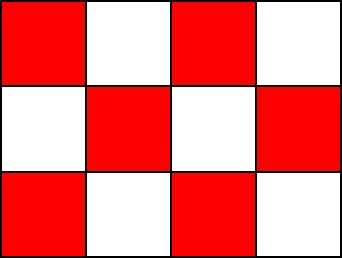 Mirko has recently discovered two additional commands. He can save his painting at any time using the creatively named command SAVE, and load it again later using the command LOAD x, where $x$ is a positive integer representing the ordinal number of the save.

Unfortunately, the program has crashed and Mirko’s painting is lost forever. Luckily, Mirko has saved a log of all used commands. Can you help Mirko by reconstructing the lost painting?

Each of the following $M$ lines contains one of the three described commands. The input will not contain any illegal commands.

Output $N$ lines, each containing N integers representing the colours of cells in the corresponding row of the painting.