The Russian navy has, as you probably know, had some problems with their submarines in Swedish waters. These problems are very embarrassing for the Russian military, who has decided to do something about it.

As a first step in their plan, they want to construct a program for their centre of command to be able to locate their submarines.

From GPSes (Global Positioning Systems) they are able to get $X$ and $Y$ coordinates for the front and rear points of all submarines. The Russian intelligence has in addition provided data for all islands in the Swedish waters. With this information, and with a lot of help from simulations using GPS equipped minks, Russian programmers have been able to develop a program that, from the information given, tells the user if a submarine is

The points along the boundaries of the islands are considered to be simultaneously land and water. 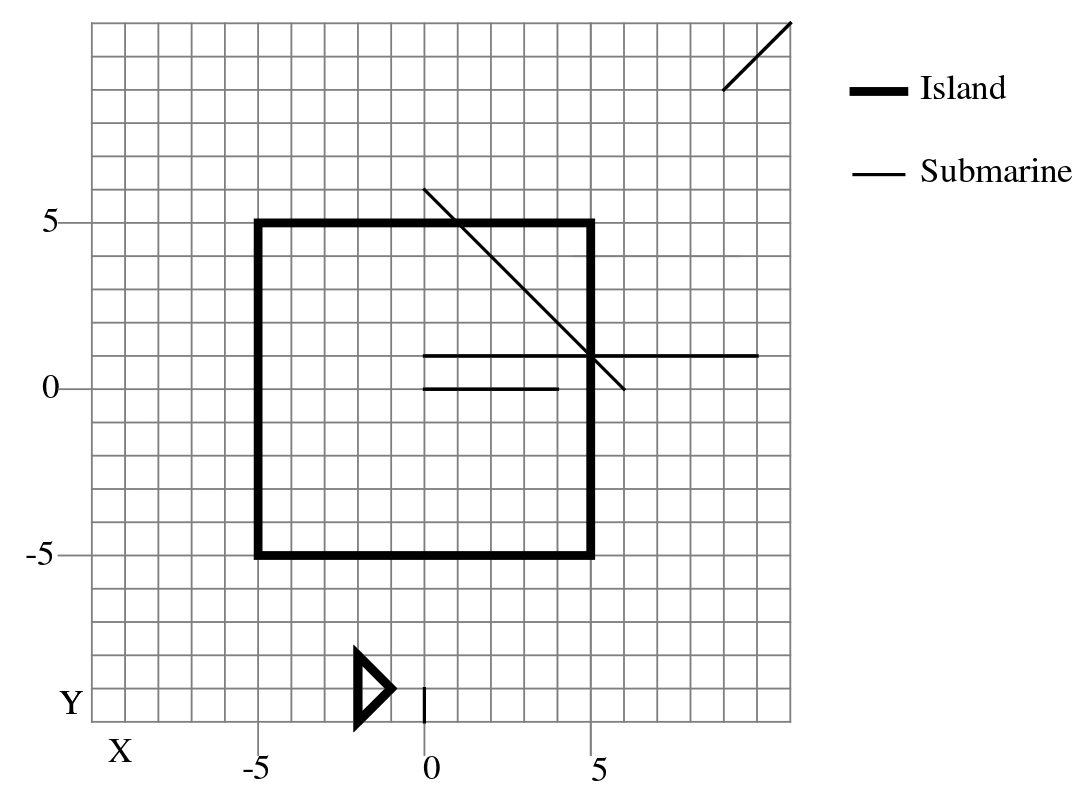 All points in the input have coordinates with absolute value bounded by $1000$. The polygons representing the islands are simple (non-self-intersecting) polygons and do not touch or intersect each other.

Output contains information about every submarine, in order.