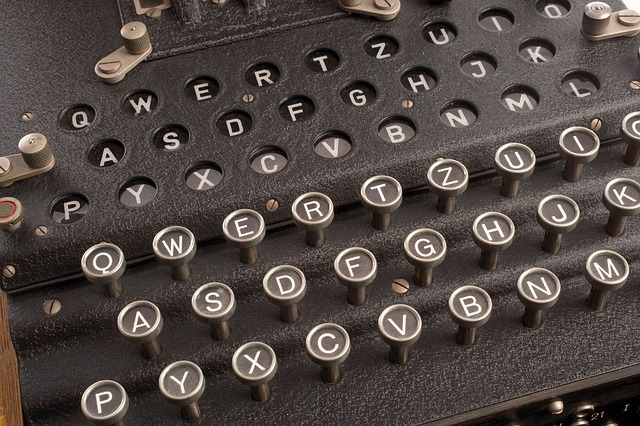 Ben always encrypts his messages to you using between $1$ and $12$ substitution ciphers which he applies consecutively because he doesn’t want anyone else getting into your business.

He also gives you the substitution ciphers he uses, but to increase security he doesn’t give them to you at the same time. Unfortunately, sometimes he ends up giving them to you in the wrong order!

Luckily, you have the plaintext and ciphertext of another message that used exactly the same sequence of ciphers. Given this message and the list of ciphers, write a program to decrypt Ben’s latest message!

The third line contains an integer $1 \leq i \leq 12$, the number of substitution ciphers Ben used.

The following $i$ lines each contain one of the substitution ciphers, each of which is a nonrepeating string of exactly $26$ lowercase letters.

The last line contains $e_1$, the ciphertext of the message you should decrypt.

All lines containing text consist of only lowercase English letters and spaces, with no more than $1$ space separating each word.

You are guaranteed that there is a unique sequence of applications of the given substitution ciphers that encrypts $d_0$ to $e_0$ in which each of the given ciphers is used exactly once.

Output the plaintext $d_1$ obtained after decrypting the ciphertext $e_1$ on a single line.