In this problem however, we will concern ourselves with another kind of symmetry. Consider an infinite curve $P$ in the plane where both $x$ and $y$ coordinates are given by polynomials, i.e., 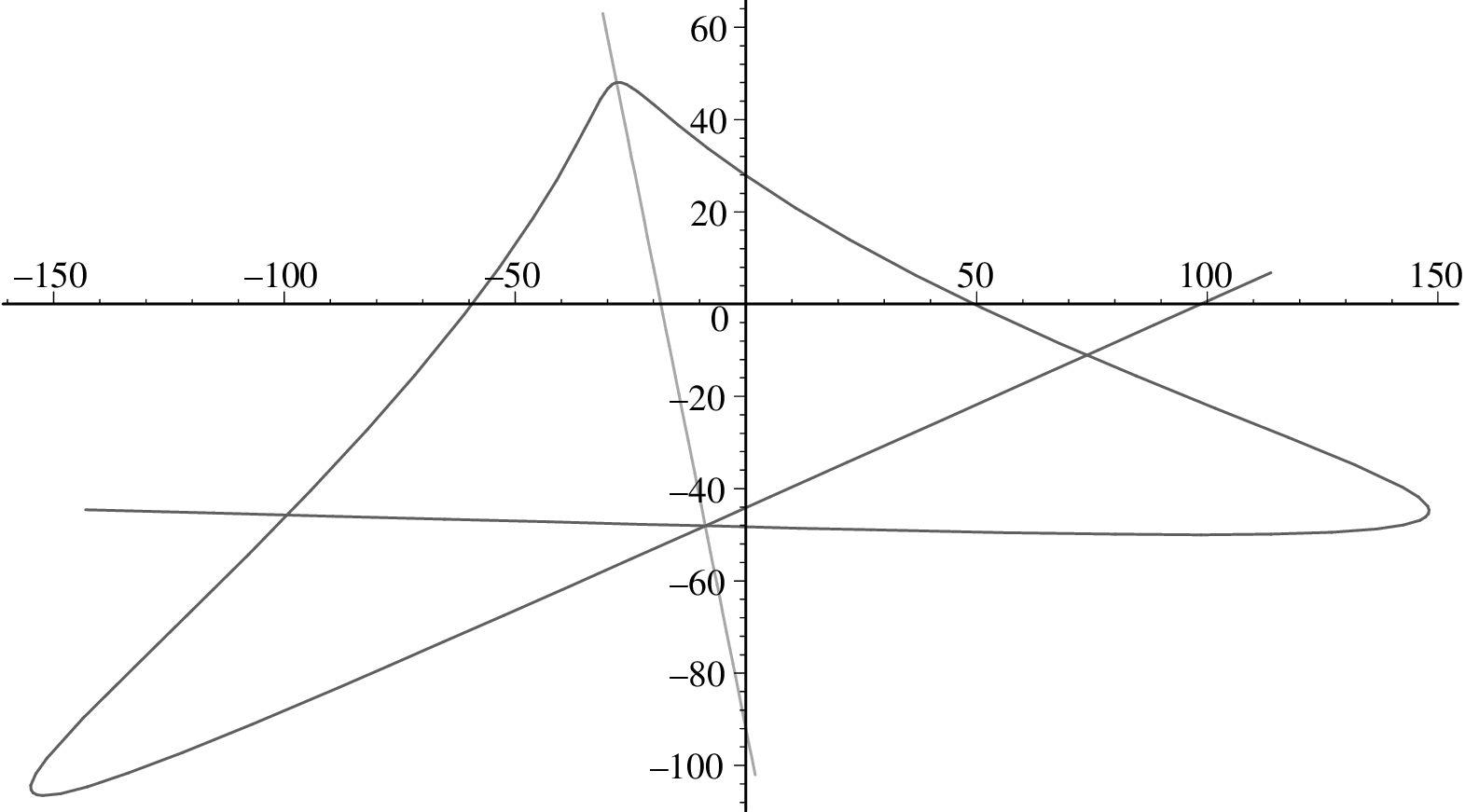 Now, your task is to write a program that, given the two polynomials $x(t)$ and $y(t)$, finds a symmetry line of the curve (if one exists).

In the case when a symmetry line exists, the provided line must satisfy the following conditions: