A fundamental operation in computational geometry is determining whether two objects touch. For example, in a game that involves shooting, we want to determine if a player’s shot hits a target. A shot is a two dimensional point, and a target is a two dimensional enclosed area. A shot hits a target if it is inside the target. The boundary of a target is inside the target. Since it is possible for targets to overlap, we want to identify how many targets a shot hits. 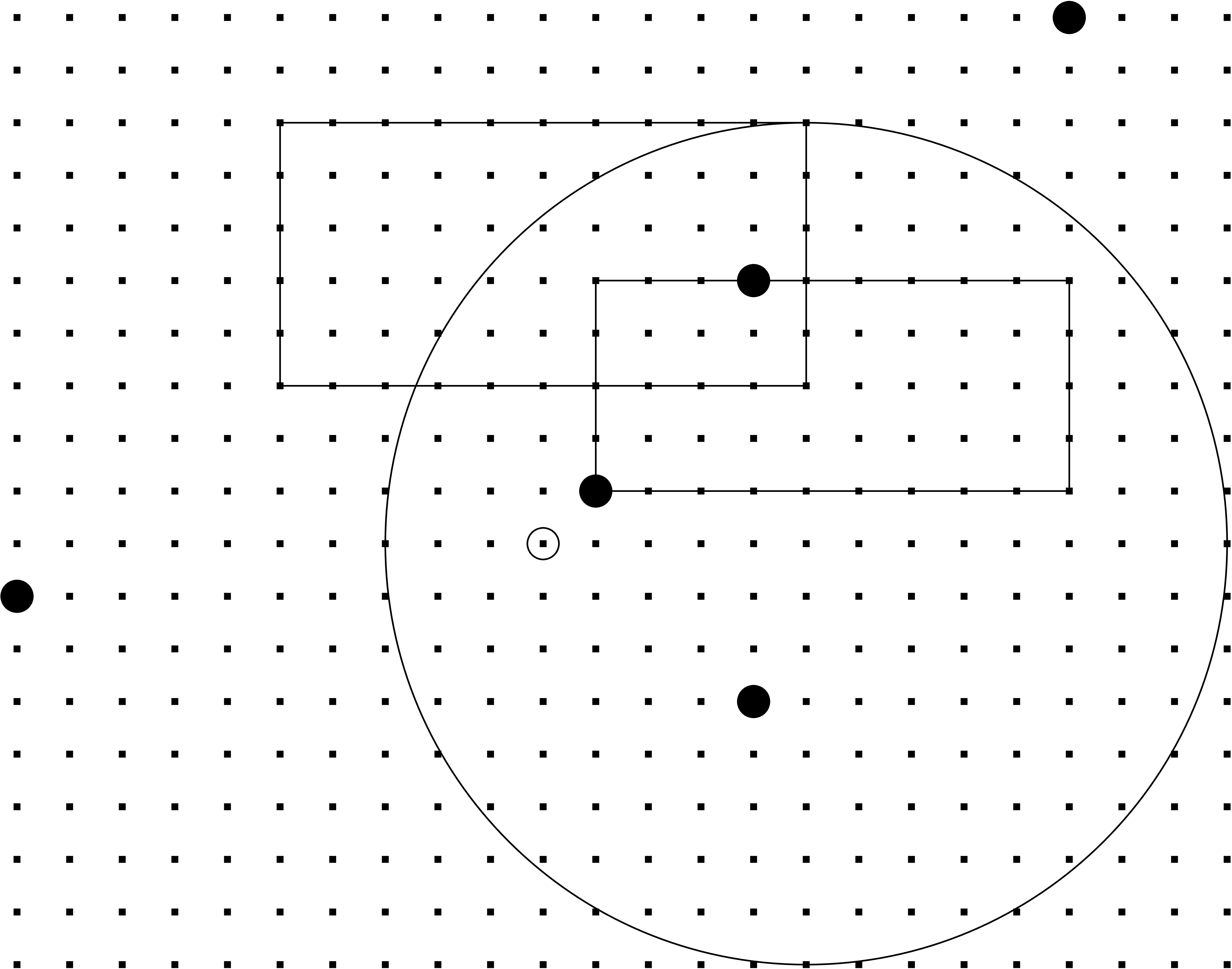 The figure above illustrates the targets (large unfilled rectangles and circles) and shots (filled circles) of the sample input. The origin $(0, 0)$ is indicated by a small unfilled circle near the center.

For each of the $n$ shots, print the total number of targets the shot hits.