A friend of yours who is working as a waiter has a problem. A group of xkcd-fans have started to come to the restaurant and order food as in the comic strip below. Each order takes him a lot of time to figure out, but maybe you can help him. 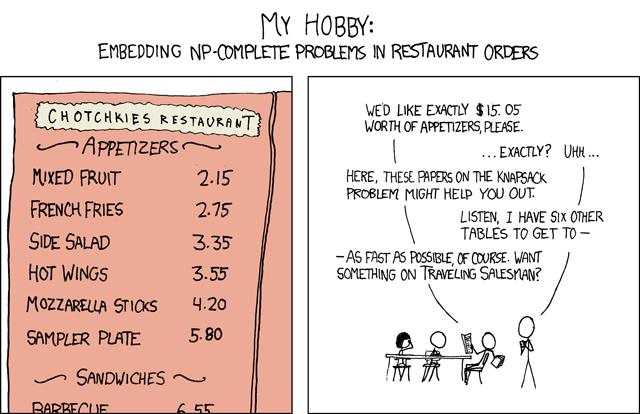 You are to write a program that finds out what was ordered given the total cost of the order and the cost of each item on the menu.

For each order in the input output one line as follows. If there is one unique order giving the specified total cost, output a space-separated list of the numbers of the items on that order in ascending order. If the order contains more than one of the same item, print the corresponding number the appropriate number of times. The first item on the menu has number 1, the second 2, and so on.