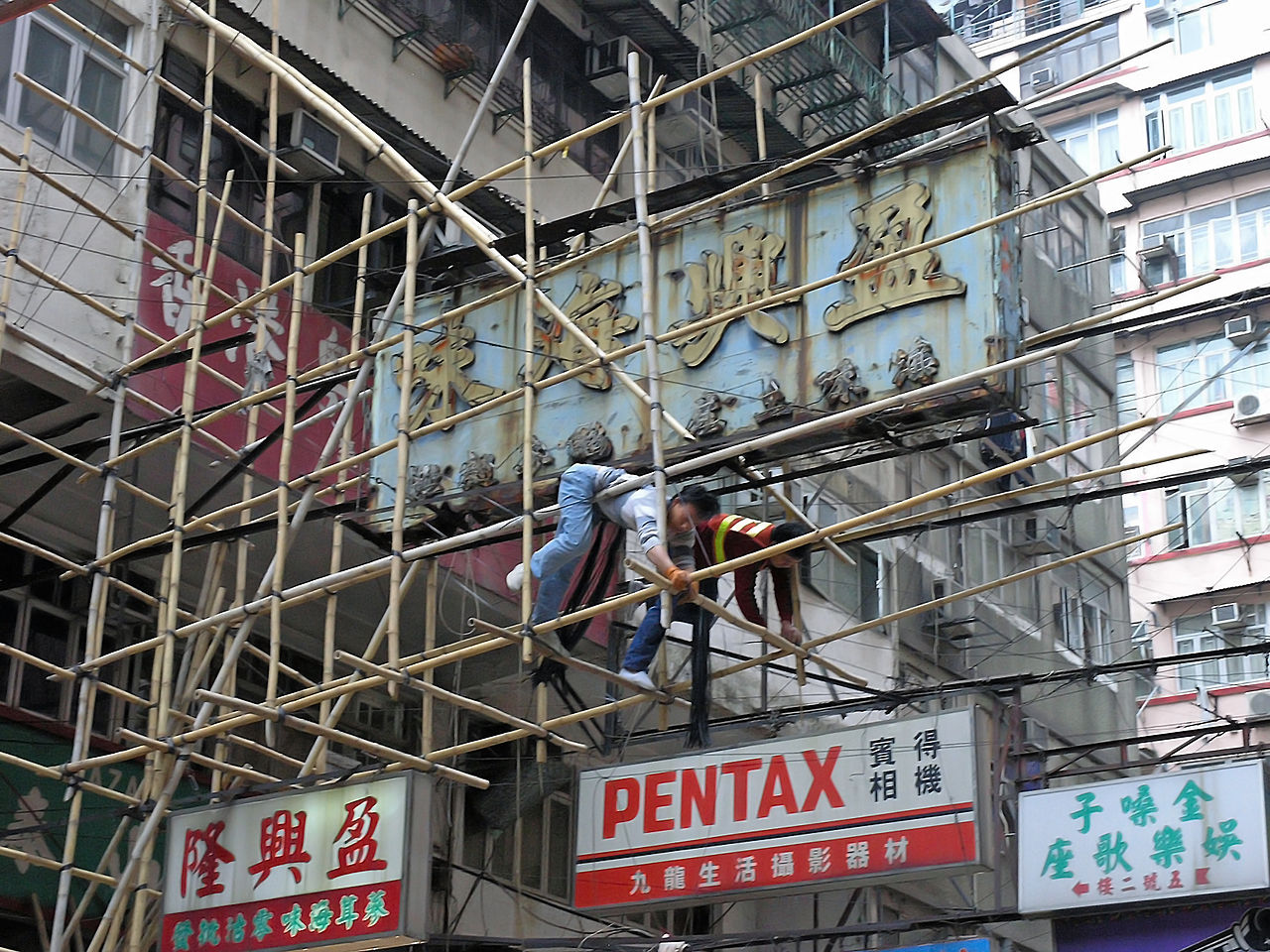 by Greg Hume on Wikipedia CC BY-SA
Bamboo scaffolding is very popular in Hong Kong. It is widely used in construction and maintenance of buildings, when high temporary structures are built to hold construction workers. You will also find bamboo scaffolds in Cantonese opera theatres and at the Bun Scrambling Competition in Cheung Chau.

As a construction worker, you want to build a bamboo scaffold for an upcoming festival. There are specific requirements for the final scaffold, which will be part of a vertical, $2$-dimensional grid. $N+1$ vertical long bamboos are already established, so there are $N$ columns in between. Initially all columns are empty. Our task is to place exactly $H_ i$ horizontal short bamboos in the $i$th column, literally from the ground up.

Figure 1: The left diagram illustrates the initial scaffold that has $N$ empty columns. The right diagram shows the final scaffold for Sample Input 2.

You can only stand on a short bamboo that was built previously (or on ground level). Then you have two options:

What is the minimum number of rounds you need?

Output an integer representing the minimum number of rounds.