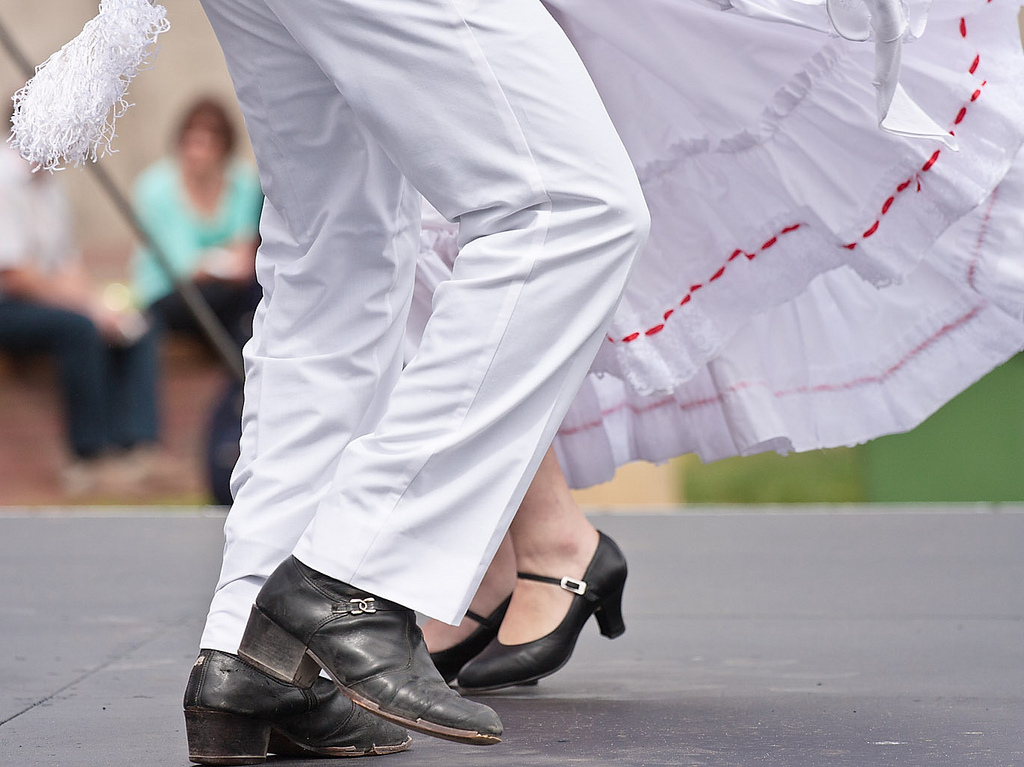 Marek got really excited when he heard about the coming wedding of his best friend Miroslav. For a whole month he worked on a special dance for the wedding. The dance was performed by $N$ people and there were $N$ marks on the floor. There was an arrow from each mark to another mark and every mark had exactly one incoming arrow. The arrow could be also pointing back to the same mark.

At the wedding, every person first picked a mark on the floor and no 2 persons picked the same one. Then Marek played some music and every 10 seconds there was a loud signal when all dancers had to move along the arrow on the floor to another mark. The placement of the marks was such that everybody could follow the arrow to the next mark in 10 seconds without any trouble. If an arrow was pointing back to the same mark, the person at the mark just stayed there and maybe did some improvized dance moves on the spot.

Given the two photos, can you help Marek reconstruct the arrows on the floor? On the two photos it can be seen for every person to which position he or she moved. Marek therefore numbered the people in the first photo from $1$ to $N$ and then wrote the number of the person whose place they took in the second photo.

If it is impossible to find a placement of arrows such that the dance performed $K$ times would produce the two photos, print “Impossible”. Otherwise print $N$ numbers on a line, the $i$-th number denoting to which person the arrow leads from person number $i$.