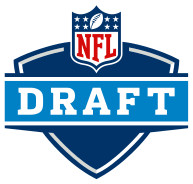 The NFL draft is soon upon us and it is only a few weeks until the best college players will have their dreams come true by joining a professional (American) football team. As always your friend Bubba just won’t stop talking about it.

The NFL draft is a process where $N$ NFL teams select college players, one at a time, in $M$ rounds from a pool of $K$ total players. Bubba has checked with all his sources in the different teams and already knows how each team rates each of the college players. Knowing how the draft will end a few weeks early has left Bubba with some time to solve his favourite problem. Would it be possible be to make this draft a happy draft; a draft where all the teams and all the players are happy with the result?

Bubba thinks all teams and all players will be happy with the result if there exists no player $P$ and team $T$ such that both of the following are true:

Thankfully all the college players keep their SnapFace profiles up to date with a ranked list of their favourite NFL teams. Can you help Bubba create a happy draft?

Output the result of a happy draft if one is possible and Hello darkness my old friend! if no happy draft can be made. A happy draft should be formatted on $N$ lines. Each line begins with a word, the name of the NFL team, followed by $M$ words, the names of the players drafted by this team. Any happy draft on this format will be accepted.