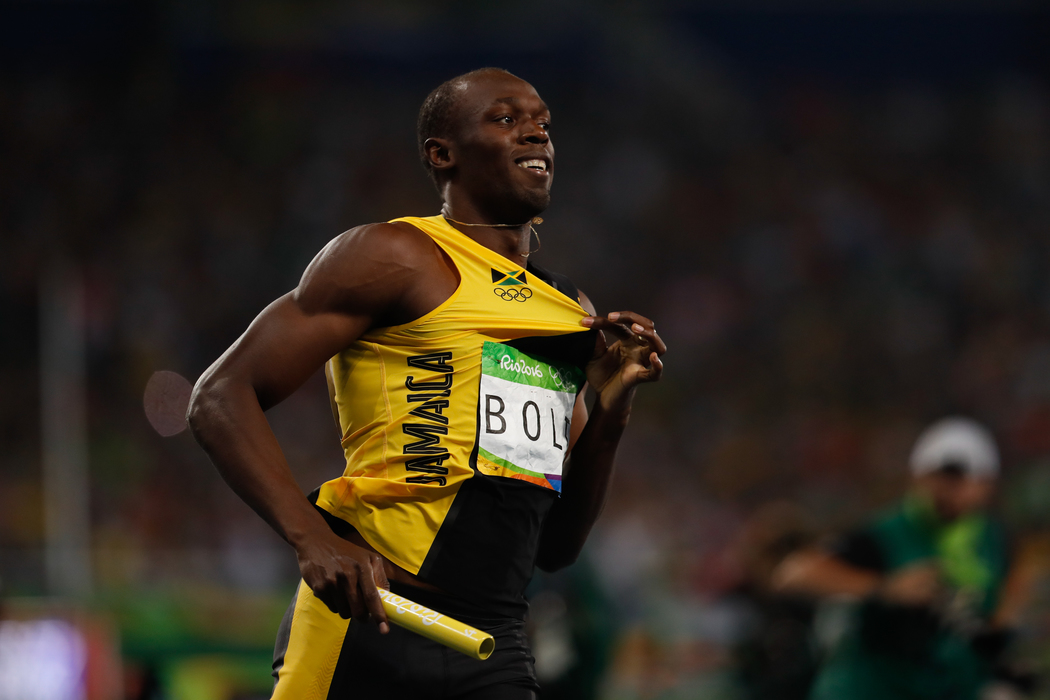 Picture by Fernando Frazão/Agência Brasil, cc by
You are the coach of the national athletics team and need to select which sprinters should represent your country in the $4 \times 100$ m relay in the upcoming championships.

As the name of the event implies, such a sprint relay consist of $4$ legs, $100$ meters each. One would think that the best team would simply consist of the $4$ fastest $100$ m runners in the nation, but there is an important detail to take into account: flying start. In the $2$nd, $3$rd and $4$th leg, the runner is already running when the baton is handed over. This means that some runners – those that have a slow acceleration phase – can perform relatively better in a relay if they are on the $2$nd, $3$rd or $4$th leg.

First, output a line containing the time of the best team, accurate to an absolute or relative error of at most $10^{-9}$. Then output four lines containing the names of the runners in that team. The first of these lines should contain the runner you have picked for the $1$st leg, the second line the runner you have picked for the $2$nd leg, and so on. Any solution that results in the fastest team is acceptable.