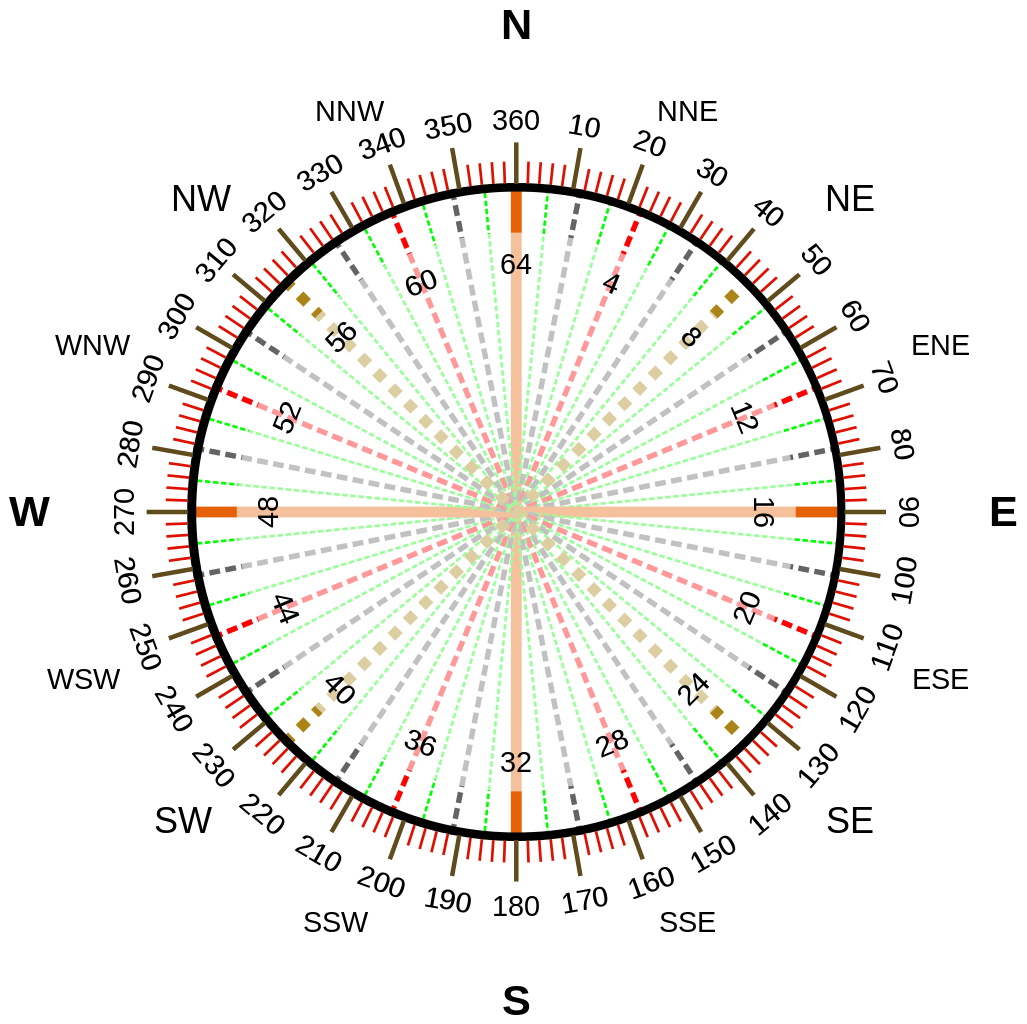 Picture via Wikimedia Commons, public domain
Katla has recently stopped playing the collectible card game Compass. As you might remember, Compass is a game where each card has a red, a green and a blue angle, each one between $0$ and $359$, as well as an ID. Since she has stopped playing, Katla has decided to sell all her cards. However, she wants to keep her deck as unique as possible while selling off the cards. Can you help her figure out the order in which she should sell the cards?

To decide how unique a card is in the deck, she proceeds as follows. For each of the three colors she finds the closest other card in both directions, and then computes the angle between these two other cards. For instance if she has three cards with red angles $42$, $90$ and $110$, then the uniqueness values of their red angles are $340$, $68$, and $312$, respectively. If two cards $A$ and $B$ have the same angle, $B$ is considered the closest to $A$ in both directions so that the uniqueness value of $A$ (and $B$) for that color is $0$.

Output $n$ lines, containing the IDs of the cards in the order they are to be sold, from first (least unique) to last (most unique).