Little Red Riding Hood always walks from one glade to another. In order to avoid getting eaten by the wolf, she has to check whether the wolf is in the glade she currently wants to walk to. Luckily, she has a pair of binoculars. So whenever she is in one of the glades and wants to go to some other glade, she first uses her binoculars to check whether the wolf is in that other glade. If he is, she won’t go to that glade. The problem, however, is the following: The forest is not flat. Throughout the forest there are hills, and if a hill is in-between Little Red Riding Hood’s current glade and the next glade she wants to go to, she cannot use her binoculars to check whether the wolf is in that next glade. She will never go from her current glade to another glade if she cannot check that other glade with her binoculars. This includes both the glade of her own home and that of Grandmother’s hut (the wolf will never be there, but it is still important for her to check in order to feel comfortable). Each of the hills is a perfect circle and we assume that the glades are sufficiently small compared to the hills so that we consider them to be points. Even if the line-of-sight between two glades is only tangent to a hill, Little Red Riding Hood’s sight is blocked. No two hills intersect and no glade is within or on the boundary of a hill.

No two glades have the same coordinates, no two hills share a common point, and no glade is within or on the boundary of a hill.

Output the indices of all glades where it is safe for Grandmother to build her hut. These indices must be output in ascending order. 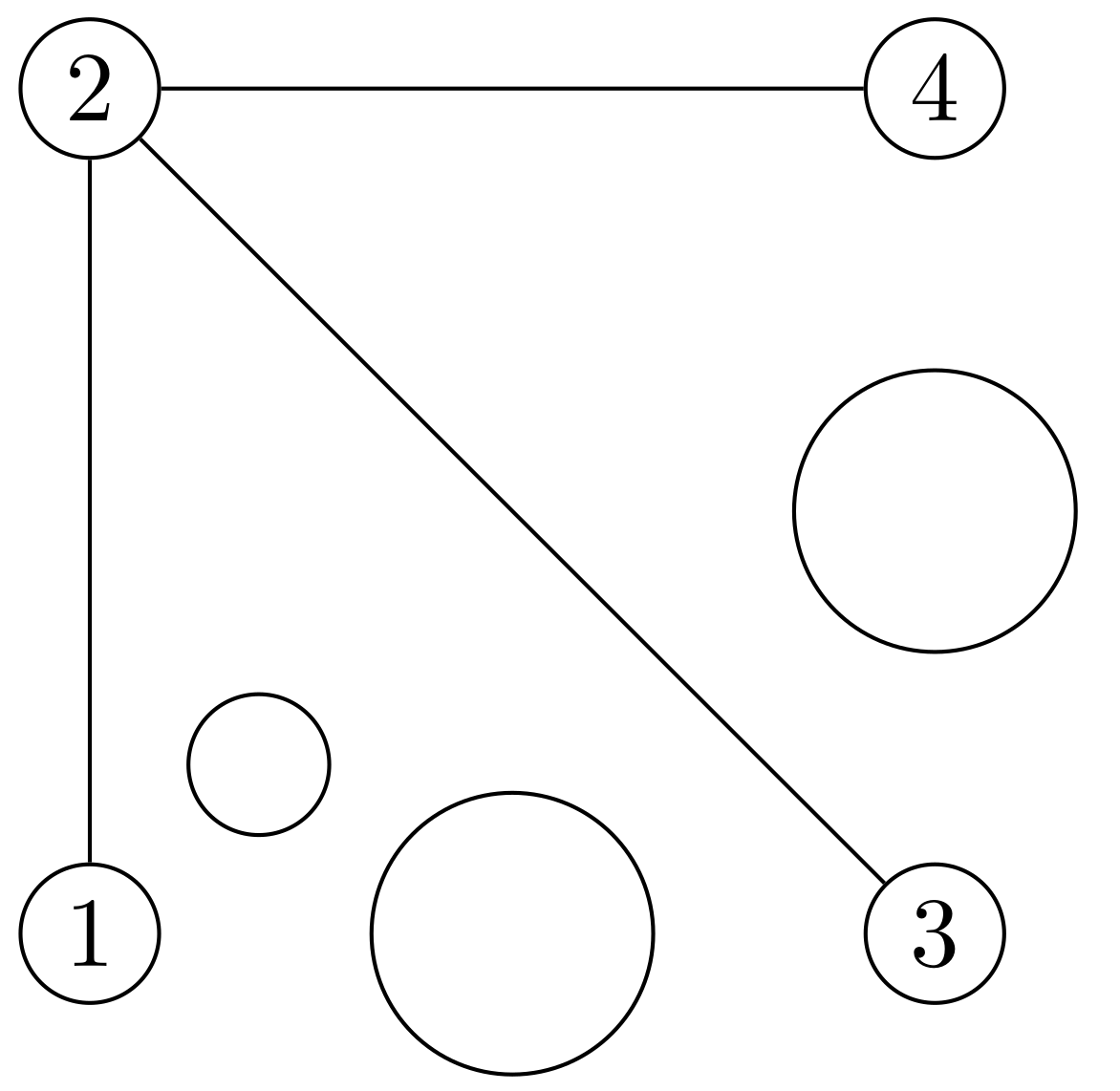 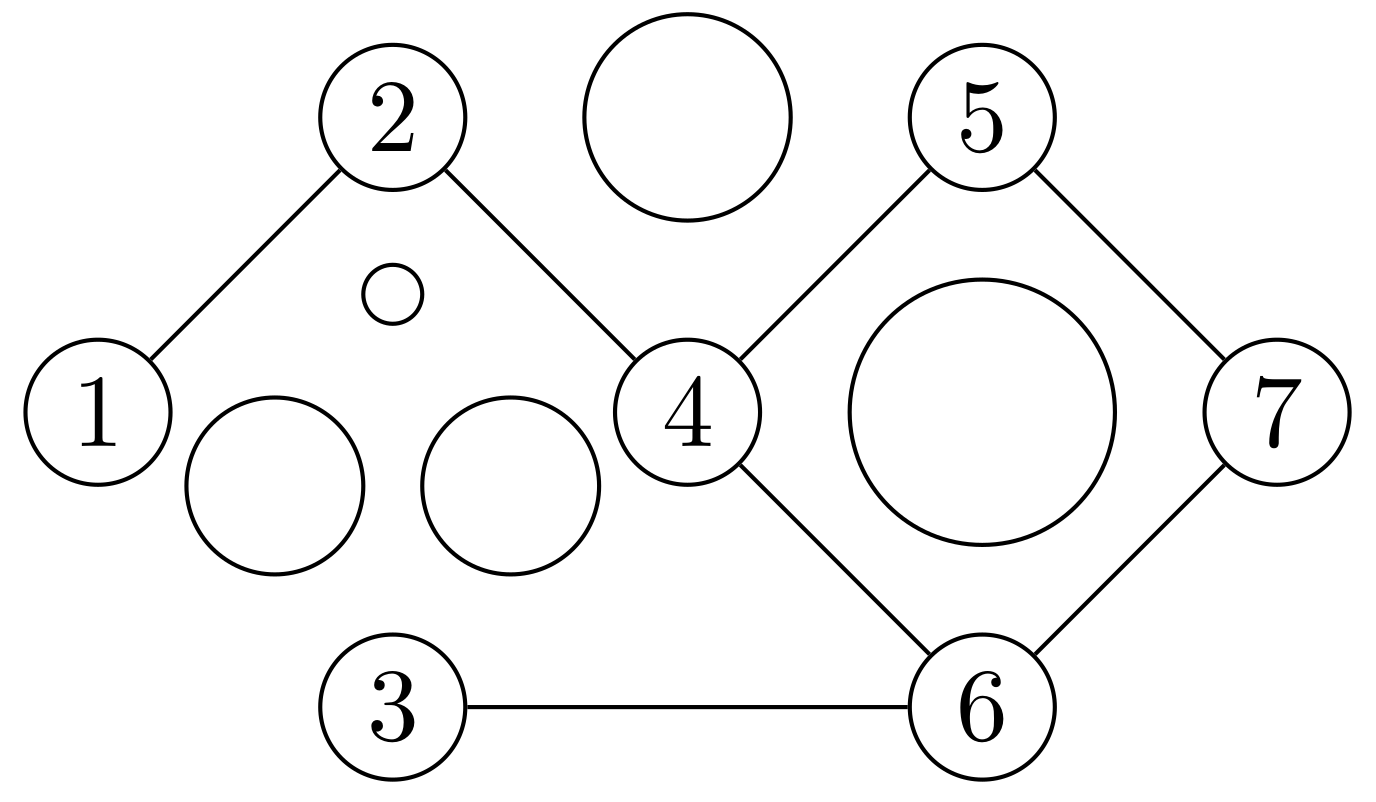