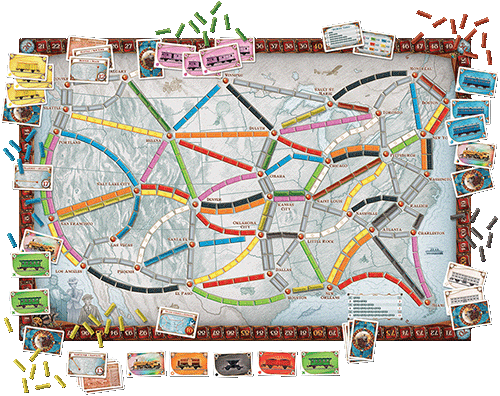 Many are familiar with the board game Ticket To Ride1 where players compete to build a railway empire, claiming routes between cities. The game consists of a map of cities and various rail segments each connecting two adjacent cities.

A key way to score points towards winning the game is to complete Destination Tickets. Each ticket specifies two distinct cities. A player earns the points that are indicated on the ticket if they have claimed one or more rail segments that form a path connecting the two cities.

There is one ticket for each distinct unordered pair of cities. In our version of the game, each player is randomly given a ticket and they have an equal probability of receiving any ticket. Given a list of rail segments you have already claimed, determine the probability you earn points from the ticket you are given.

The next $M$ lines describe your claimed rail segments. Each line contains two distinct integers $i$ ($1 \leq i \leq N$) and $j$ ($1 \leq j \leq N$), which are the cities that this rail segment connects.

Display the probability you earn points from the ticket you are given.