Mapping applications often represent the boundaries of countries, cities, etc. as polylines, which are connected sequences of line segments. Since fine details have to be shown when the user zooms into the map, these polylines often contain a very large number of segments. When the user zooms out, however, these fine details are not important and it is wasteful to process and draw the polylines with so many segments. In this problem, we consider a particular polyline simplification algorithm designed to approximate the original polyline with a polyline with fewer segments.

Consider the example below. 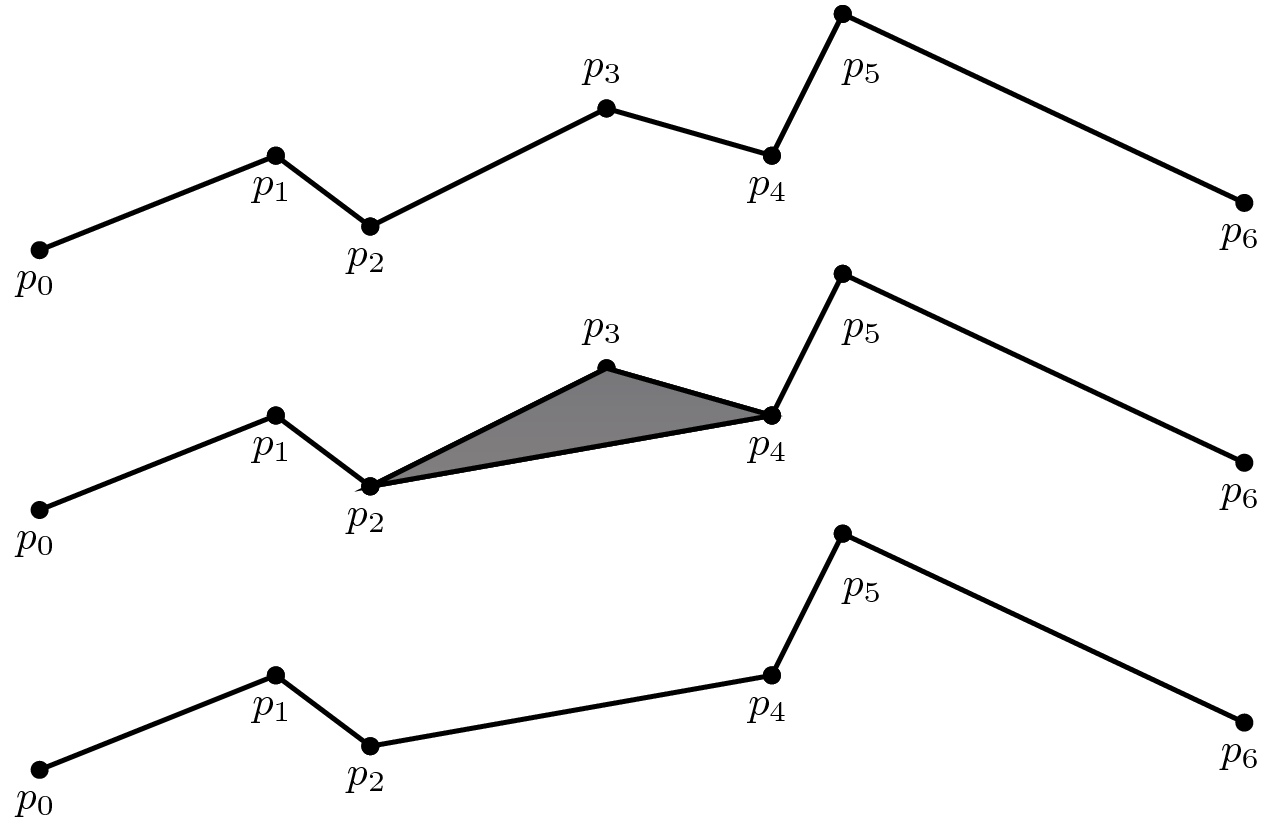 Print on the $k$th line the index of the point removed in the $k$th step of the algorithm described above (use the index in the original polyline).