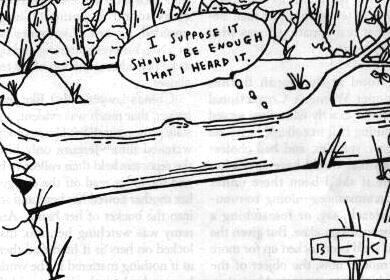 If a tree falls in the forest, and there’s nobody there to hear, does it make a sound? This classic conundrum was coined by George Berkeley (1685-1753), the Bishop and influential Irish philosopher whose primary philosophical achievement is the advancement of what has come to be called subjective idealism. He wrote a number of works, of which the most widely-read are Treatise Concerning the Principles of Human Knowledge (1710) and Three Dialogues between Hylas and Philonous (1713) (Philonous, the “lover of the mind,” representing Berkeley himself).

Output the number of different opinions represented in the input.