Mirko dreamt of a histogram last night that consists of $N$ columns. Each column is one meter wide and the heights of the columns in meters are $h_1, h_2, \ldots , h_ N$.

The capacity of a histogram is the maximal amount of water that a histogram can hold so that the configuration of the water is “stable”, or, in other words, that it doesn’t move under the influence of gravity. Figure 1 depicts an example of a stable configuration. 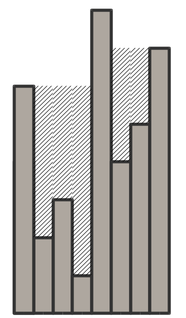 Figure 1: Stable configuration of a histogram

Formally, let us denote the heights of water above the columns with $v_1, v_2, \ldots , v_ N$. The configuration of the water is stable if the following holds:

When Mirko woke up, he wanted to know whether he could somehow choose the heights of columns that are a permutation of the set $\{ 1, 2, \ldots , N \} $ such that the capacity of such histogram is equal to its lucky number $X$? Help Mirko and find one histogram that meets his requirements.

If a histogram of capacity exactly $X$ does not exist, output -1. Otherwise, output numbers $h_1, h_2, \ldots , h_ N$ that meet the given requirements in the first line separated by space. If there are multiple such solutions, output any.