Born in Warsaw, Benoît Mandelbrot (1924–2010) is considered the father of fractal geometry. He studied mathematical processes that described self-similar and natural shapes known as fractals. Perhaps his most well-known contribution is the Mandelbrot set, which is pictured below (the set contains the black points): 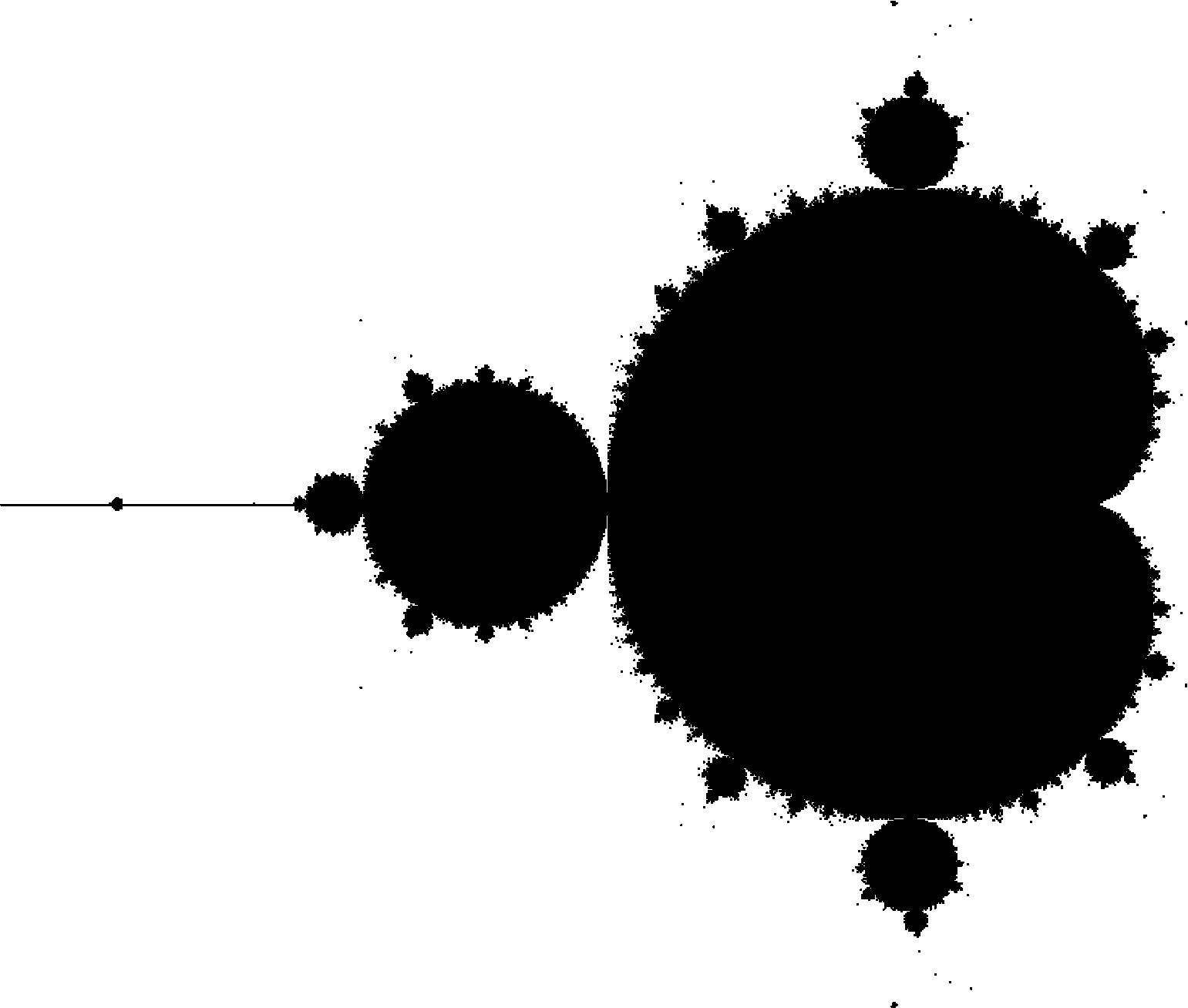 The Mandelbrot set is typically drawn on the complex plane, a 2-dimensional plane representing all complex numbers. The horizontal axis represents the real portion of the number, and the vertical axis represents the imaginary portion. A complex number $c = x + yi$ (at position $(x,y)$ on the complex plane) is not in the Mandelbrot set if the following sequence diverges:

Recall the following facts about imaginary numbers and their arithmetic:

where $x$ and $y$ are real numbers, and $|\cdot |$ is known as the modulus of a complex number (in the complex plane, the modulus of $x+yi$ is equal to the straight-line distance from the origin to the the point $(x, y)$).

Write a program which determines if the sequence $z_ n$ diverges for a given value $c$ within a fixed number of iterations. That is, is $c$ in the Mandelbrot set or not? To detect divergence, just check to see if $|z_ n| > 2$ for any $z_ n$ that we compute – if this happens, the sequence is guaranteed to diverge.

For each case, display the case number followed by whether the given $c$ is in the Mandelbrot set, using IN or OUT.