The Brocard point of a triangle $ABC$ is a point $P$ in the triangle chosen so that: $\angle PAB = \angle PBC = \angle PCA$ (see figure below). 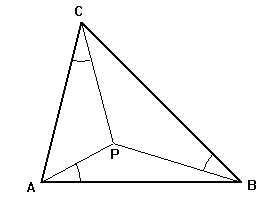 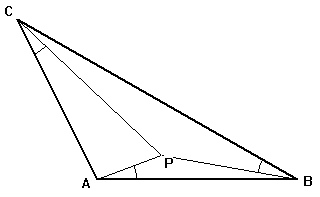 The first line of input contains a single integer $P$, ($1 \le P \le 600$), which is the number of data sets that follow. Each data set should be processed identically and independently.