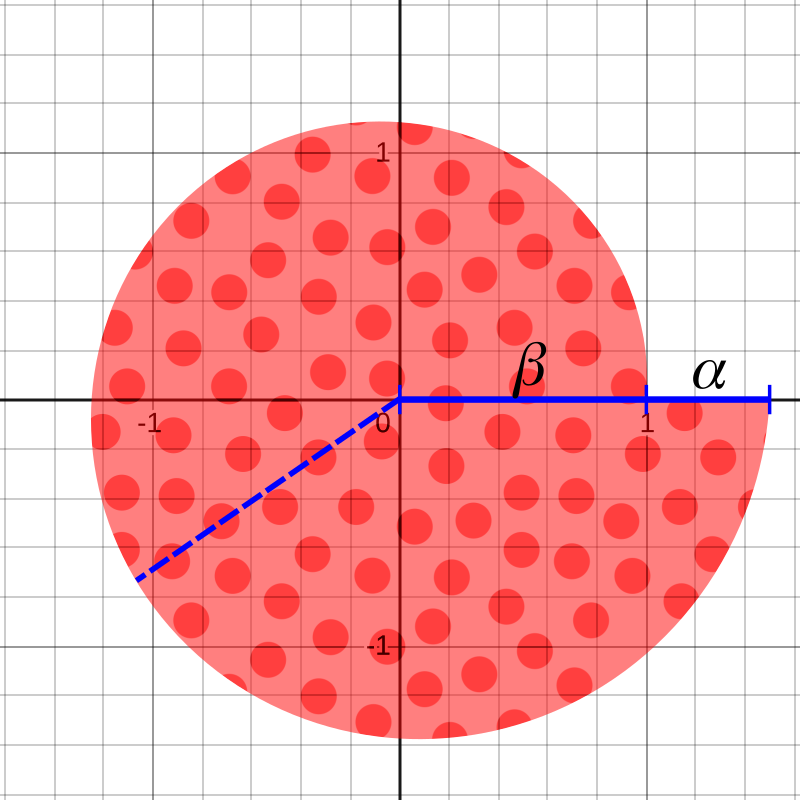 A wonky pizza is like a regular pizza, except that at an angle of $\theta $ radians (measured counter-clockwise) from the positive $x$ axis, the shape extends $\frac{\alpha \theta }{2\pi }+\beta $ units from the origin, for some $\alpha $ and $\beta $ (in contrast, a normal pizza extends $r$ units from the origin at every angle $\theta $, where $r$ is the radius of the pizza).

Each cut will follow a straight line from the origin to the outer boundary, so cutting straight across the entire pizza would require two cuts. The first cut will be made at an angle of $0$ radians. Determine what angles to make the remaining $N-1$ cuts at to split the pizza into $N$ pieces of equal area.

The output should consist of $N-1$ lines, where the $i^{th}$ line contains the angle of cut $i$ in radians. The angles should be specified in order from smallest to largest. Your answer will be considered correct if its absolute or relative error doesn’t exceed $10^{-4}$.